The Charlotte Mecklenburg Police Department’s Violent Criminal Apprehension Team has been extremely successful, according to a recent report by WCNC news. It has not only increased the number of violent criminals being arrested, but it has also been timely when putting the cuffs on the criminals. The success of the team has landed several of Charlotte’s most violent criminals behind bars.

The team is headed up by Sergeant Steve Winterhalter. It is his job to take down those criminals that the city considers to be the most dangerous. Since the unit was formed six years ago, the team has made 2,000 arrests, which is a huge accomplishment for this team. Their 2,000th capture was a fugitive from New York who was hiding in the Charlotte area. He was arrested last week along with 20 others who were on the team’s list of bad guys. Those 21 captures set a record for the number of captures made by the team in one week.

Not only are they thorough, but they also manage to be efficient. 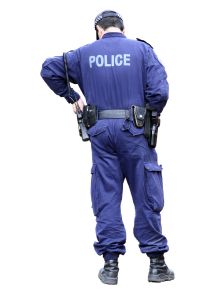 On average, it takes the team about 19 hours from the beginning of the team’s investigation to make an arrest. Their speed prevents the alleged criminals from fleeing the jurisdiction. Winterhalter believes that some of their success is attributable to the police department being more efficient at identifying suspects. He said, “The department is responding to the incident a little bit differently. There’s increased number of resources put into the initial investigation, different bodies from within organization are helping.”

Although alleged criminals are trying to evade arrest and capture, the team is managing to keep up with the task of putting suspected rapists and murderers behind bars. With this increased activity, it is important to keep in mind that each alleged criminal has the right to a fair trial. Every aspect of the investigation and the capture should be scrutinized to ensure that a defendant’s constitutional rights have not been violated. A Charlotte criminal defense attorney should question the grounds of every search, every seizure, every detention, every arrest, and any other parts of the investigation that become relevant.

If you or someone you know needs the assistance of a Charlotte criminal defense lawyer, please contact the attorneys at Arnold & Smith, PLLC. As legal professionals, they know the ins and outs of the Charlotte criminal justice system and they will work hard to provide you with best possible representation. Call today for a free consultation at 1-704-370-2828.

Source
“Criminals locked up in record time and numbers in Charlotte,” by Michelle Boudin, published at WCNC.com.

Charlotte Man Jailed for A String of Rapes and Robberies