The North Carolina Chapter of the ACLU has announced that it is investigating actions by police departments across the state to purchase sophisticated military technology that it says may be used to spy on citizens. The action was prompted by the Monroe, NC police department’s decision to reveal it would be spending $44,000 to purchase a drone of its own.

The Monroe City Council voted last week to authorize the purchase of a battery-powered mini-drone that contains a rotating infrared camera. The Monroe Police Department insists it will not use the drone to spy on innocent citizens and that it will put detailed procedures in place before the drone is ever used. They say they expect it to be used at crime scenes, in searches or in the case of natural disasters. 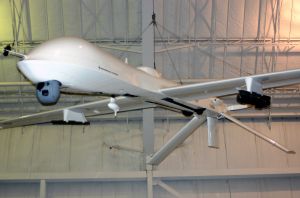 The state ACLU chapter has released a statement expressing its concern over the increasing use of military equipment and technologies by traditional law enforcement agencies. The group says its goal in filing these public records requests is to make sure that these frightening technologies and tactics are not being deployed without considerable oversight and that citizens’ legal rights are still being upheld.

ACLU legal director Chris Brook said that the group has concerns about a lack of public input into the purchase and use of such military technologies and that the group is also concerned about whether such devices, specifically drones, are cost effective. There are also larger worries about how the sophisticated equipment will be used and who will oversee their use to ensure civil liberties are not trampled on.

For his part, the Mayor of Monroe, Bryan Gilliard, insists that any concerns about the drone are overblown. Gilliard told a local paper, “It’s not like we’re going to send it up and see what you are doing in your backyard. It’s for community safety.” The worry by the ACLU and others is that the police will not always limit themselves to such “community safety” uses in the future and will instead be left with an extremely powerful tool that could be used to spy on innocent citizens.