One federal court judge issued an important opinion recently that will help to counter the federal government’s attempt to comb through the emails and other online actions of Americans. What is even more surprising about the case is that the judge specified that restrictions should be imposed even as part of specific criminal investigations. 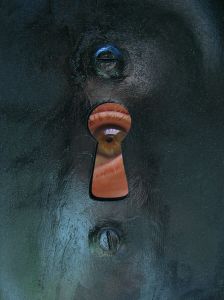 Magistrate Judge David Waxse took the unusual step of denying a governmental search warrant request according to a recent Yahoo article. According to news reports, law enforcement officials had asked for permission to access all emails, instant messages, chat records and other online communications from a range of popular online companies for a group of people the government believed were involved in stealing computer equipment from Sprint. The warrant asked for permission to sift through Google, Yahoo, Verizon, Skype and GoDaddy records for the group of suspects, a request that could potentially yield massive amounts of evidence against the suspected wrongdoers.

Rather than simply rubber stamp the warrant request, Judge Waxse said he was disturbed. Waxse said that the request represented an enormous overreach on the part of federal authorities and was in no way narrowly tailored to target information relevant to the alleged computer theft. Instead, Waxse said that the request was similar to if the government had asked the post office to turn over any and all mail that was ever sent or delivered to a certain person. The request would allow investigators free rein to poke through a person’s most private correspondence, much of which would have nothing to do with the crime in question.

As a result of the government’s overreach, Judge Waxse said no. He continued by drafting a long opinion that extolled the virtues of the Fourth Amendment and reiterated his belief in a person’s expectation of privacy. Waxse said that that he believed the Fourth Amendment should be extended to include email that is contained in the servers of online companies such as Google, something that Supreme Court has yet to issue a definitive ruling on.

Experts in the criminal defense world say Waxse’s ruling is not enough to singlehandedly change the current heavy-handed approach taken by law enforcement officials in recent years, but it might send a message that naked overreaches will no longer be acceptable. Waxse’s standing as a technology expert also gives his ruling credibility and the hope is that other judges decide to exert similar scrutiny when they are asked to sign overly invasive search warrants.

“This Judge Blocked The Feds From Reading Emails Stored By Yahoo, Google, Verizon, Skype,” by Julie Bort, published at Yahoo.com.