A former FBI agent has come forward to tell the authorities Kalvin Michael Smith should be given a new trial because the initial investigation into his case was seriously flawed. The agent’s name is Chris Swecker and he is the former assistant director of the criminal investigative division at the Bureau. He told reporters at a press conference that the detectives who testified in court did not do so truthfully. Further he said that they failed to properly document potentially exculpatory evidence and that they failed to pursue other promising suspects for the 1995 beating of Jill Marker, for which Smith was convicted.

Swecker’s harshest critiques were reserved for Don Williams, the lead investigator in the Marker case. 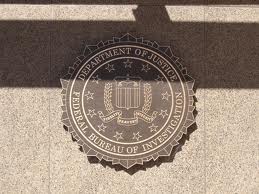 He thought that Williams was disorganized and not prepared for the daunting task of investigating the tragic incident. Williams, of course, defended his work on the case.

The assault happened back in 1995 where the victim, Jill Marker, was a manager at the Silk Plant Forest store. Marker was severely beaten while she was working in the store. At the time of the assault she was pregnant. Fortunately, both she and her baby survived the beating, though Marker is now severely brain damaged and requires constant care. Smith was convicted of attempted murder in 1997. He has since exhausted all of his state appellate remedies and is now pursuing appeals through the federal system.

Smith’s supporters formed a group called the Silk Plant Forest Truth Committee and hired Swecker to do an independent review of the case. After an exhaustive investigation, Swecker produced a report that criticized the investigation and its focus on Smith. Specifically, Swecker found that two other suspects – Michael Fuller and Kenneth Lamoureux – were never seriously considered by the police when Swecker thought they were excellent candidates for the beating. A witness placed Lamoureux at the scene on the night that Marker was beaten and witnesses have said that Marker rebuffed Lamoureux’s romantic advances, which made him angry.

Fuller was identified as the driver of a car that was outside of the plant that evening. Detective Williams tracked him down and tried to interview him, but Fuller refused to answer any of Williams’ questions. Swecker believes that both Lamoureux and Fuller were dropped as suspects when they both retained the services of lawyers.

Somehow, despite Marker’s brain damage, she was able to identify Smith in court. However, Swecker believes that there could have been some improper suggestion that took place during the identification, which, in some cases, can be enough to keep the identification from being used in court.

If you or someone you know are facing criminal charges and you would like the assistance of a Charlotte criminal defense attorney , please call the attorneys at Arnold & Smith, PLLC. They will work hard to provide you with best possible defense. Call today for a free consultation at 1-704-370-2828.