The use of electronic monitors as an alternative means of punishment in Charlotte is about to expand, despite the growing amount of negative media attention the program has received. The program costs taxpayers $35,000 a month and even though a few unruly participants have decided it was better for them to cut off their monitors and run, the police have faith that the program is a good one and that it is working. It started back in 1997 and it is being expanded to cover more crimes and therefore more defendants. 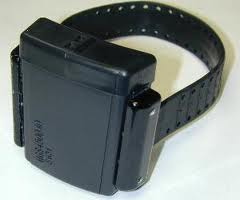 It is a crime-solving tool, it is a means of deterring particularly young offenders, and it helps to prevent unnecessary jail/prison overcrowding for minor offenses. There is also the added benefit of being able to map out where crime is taking place based on the location of the monitors, which, according the police, outweighs the occasional “monitor-cutters on the run.”

Most of the defendants that the police are monitoring are those who have been charged with robbery or burglary, but the police have also been fitting domestic violence and sexual assault offenders with such monitors as a means of making sure that they stay far away from their victims. “Police can use the monitors to establish zones where the offender cannot go. If he or she crosses into that area–usually a set distance from the victim’s home or workplace–the monitor will alert the police.”

CMPD believe that this is an effective tool at reaching young people who have had run-ins with the law, or with other offender who have not previously been in trouble. This can be a good alternative to jail for non-violent, first-time, and juvenile offenders.