The Supreme Court recently held that it is cruel and unusual punishment to send a young murderer to prison for life if a judge has not first weighed whether he or she deserves a shorter prison sentence due to his or her youth and the specific nature of the crimes committed. The 5-4 decision struck down laws on the books in some 29 states – including North Carolina – that say life sentences without parole for juvenile murderers are acceptable.

Officials in North Carolina law enforcement say it will take some time for the state to assess the impact of the ruling. 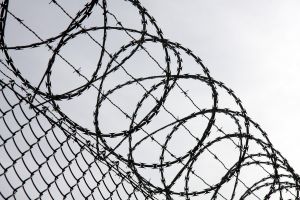 Most experts in the state say that the number of state prisoners affected by the Supreme Court ruling is around 88.

North Carolina was among 29 states that required life sentences for youth found guilty of first-degree murder. Legislators in the state took action in the final days of June’s legislative session to approve a bill making parole possible for offenders who killed while under age 18 and Governor Bev Perdue signed the bill into law Friday. The new bill would require judges to consider the juvenile’s age, intellectual capacity, prior record, familial and peer pressure and other mitigating factors before handing down the sentence. Life still remains an option, but only for those convicted of premeditated murder. It’s important to note that the decision does not mean it’s unconstitutional to sentence juveniles to life in prison, only that statutes that make such sentences mandatory are no longer acceptable.

The bill acts as a major retooling of sentencing laws that defined the state’s criminal justice system for nearly the past 20 years. In 1994, the state basically abolished parole in what was known as the “truth-in-sentencing” reforms. Since then, inmates have been required to finish out their terms.

The U.S. Supreme Court ruled on two cases of 14-year-old boys, one from Alabama and another from Arkansas, who were given life sentences for their roles in a murder. In the case of young people who participate in homicide, “a judge or jury must have the opportunity to consider mitigating circumstances before imposing the harshest possible penalty.” Justice Elena Kagan wrote, “We therefore hold that mandatory life without parole for those under age 18 at the time of their crimes violates the Eighth Amendment’s prohibition on ‘cruel and unusual punishments.'”

The ruling represented the third such decision by the Supreme Court in recent years regarding severe sentences for juveniles. In 2005, justices banned the death penalty for anyone younger than 18, and just two years ago they held that life sentences with no parole are unconstitutional for juveniles who commit any crimes short of murder.

If you or someone you know needs to speak to a North Carolina criminal defense attorney about any criminal matter, please call the attorneys at Arnold & Smith, PLLC at 704-370-2828.

Source
“State adjusts to court ruling against sentencing juveniles to life in prison,” by Brian Freskos, published at StarNewsOnline.com.