In a tragic case out of rural North Carolina, a woman from Whiteville is now facing possible hate crime charges after attacking one of her sons for being gay. According to police, the already horrific crime is even more heartbreaking given that the woman also ordered her other son to participate in the attack. 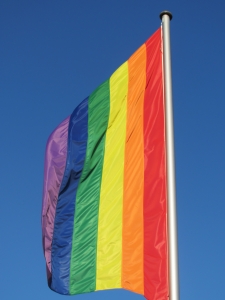 Police in Whiteville, NC say that received a call over the weekend about a domestic dispute in Mary Gowans’ home. When they arrived they found a chaotic scene with multiple people screaming. Police say that Gowans had forced her 15-year-old son to strip down to his underwear when she then attacked him with a belt, causing severe injuries and large lacerations across his body. Gowans then ordered her 12-year-old son to take over and continue beating the older boy due to his sexual orientation.

When police arrived and separated the family members, the older boy told officers that his mother had attacked him after finding out that her son was gay. Gowans denies the account, claiming that her son was molested by an older gay man and that she was merely punishing him for leaving the house. Police say no charges have been filed against anyone in connection to the alleged molestation. For her part, Gowans has been charged with misdemeanor child abuse and social workers have also gotten involved. Prosecutors say they are currently debating charging the woman with a hate crime.

“Woman accused of beating son for being gay could face hate crime charges,” by David Ferguson, published at RawStory.com.