The nation is again discussing whether some educators are too quick to call in the police when a student gets a little unruly in the classroom. Every educator and parent around the country, including those in North Carolina, should be paying attention to the recent case where children are being handcuffed and charged with serious criminal offenses for acting out in class. 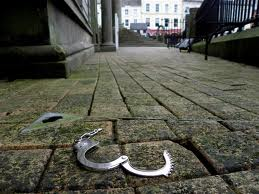 Earlier this month, the 6-year-old received media attention when it was reported that after she had a temper tantrum at school, the police were called and she was handcuffed. According to reports, the girl refused to comply with her teacher’s rules and began throwing things off of the teacher’s desk. She sent the student to the principal’s office where she continued her tantrum. The student threw things off of the principal’s desk and turned over a small shelf that fell on the principal’s leg. The principal tried to calm her down, but she resisted. At that point, it was decided that the police should be called. The Milledgeville Police Department responded and placed the 6-year-old in the back of a police car and transported her to the police station. Police procedure required that anyone placed in the back of the patrol car be handcuffed.

A similar incident happened in New Mexico. A 13-year-old girl’s teacher called the police after she refused to stop talking to her friend and move to another desk. This incident prompted a civil rights attorney to file a class action suit in New Mexico on behalf of several hundred public school children arrested for petty offenses, such as cell phone use and defacing a history book. While a police presence in the school is sometimes necessary, many believe that overwhelmed teachers are beginning to use them as first responders instead of as a last resort.

Educators and educational experts have pointed to several factors that lead to students being arrested for disciplinary offenses. Some teachers fear that they will be sued if they physically detain an unruly student. Administrators are trying to get parents’ attention and believe that calling the police will alert them to the seriousness of their child’s disruptive behavior in class. The executive director of the Major Cities Chief’s Association, Darrel Stephens, believes that in recent years teachers have been relying too heavily on police officers to handle disciplinary problems in their classroom.

Charlotte criminal defense attorneys should be alerted if you know a student who has found himself/herself a victim of over-zealous policing. If you need such assistance, please call the attorneys at Arnold & Smith, PLLC. Call today for a free consultation at 1-704-370-2828.