The North Carolina Supreme Court issued an important ruling just last week making clear that those criminals sentenced to life in prison for murder, rape and other serious crimes during a period of the 1970s would truly be kept in prison for life.

The ruling comes about a month after the North Carolina Supreme Court heard arguments from attorneys for two inmates who said they should be released from prison according to the language of the laws then in place. 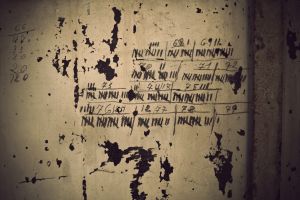 Curiously, North Carolina statutes between 1974 and 1978 stated that a life sentence was defined as a period of 80 years behind bars. While this seems like quite a lot of time, given the life expectancy of most people, good behavior and other time credits given for work in prison can cut this almost in half. This meant that some people sentenced to life during that time from could be nearing release if the prior statutory language prevailed.

Clyde Vernon Lovette and Charles Lynch, the two inmates seeking release, agued that they had earned enough credits for good behavior that their sentences should have been reduced allowing them to be released from prison. Lovette was in jail for a 1978 second-degree murder conviction while Lynch was convicted of two counts of second-degree burglary. Each man received a life sentence for his crime.

For many years the state Department of Corrections had a system in place that allowed prisoners to earn credits for work and good behavior that would reduce their sentences. The two argued that they had earned enough credits that their original 80-year life sentences had been reduced to about 30 years.

Back in 2011, a superior court judge in Wake County agreed and said that the two men had served their life sentences after the credits had been applied. The North Carolina Supreme Court’s decision reversed that lower court decision and means that the men will remain behind bars.

The recent decision reiterates a position taken by the state Supreme Court two years ago. In 2011, the state’s high court ruled that for inmates who had been convicted of first-degree murder the credit system should not be applied to their sentences allowing an early release. Last week’s ruling applies the same logic to those inmates jailed for less serious offenses.