It is tragic to think that there are people in prison in North Carolina today all because courts or police lost or discarded important evidence that could have been used to secure their freedom.

Rape kits, dirty sheets and blood samples are just some of things that have been tossed aside because courts and police officers simply did not know how valuable they would become in the future. As scientific understanding grew by leaps and bounds over the last several decades, evidence that could be used to free innocent suspects has increasingly been discovered to be lost forever.

One especially terrible tale of North Carolina’s criminal evidence storage system is found in the case of Dwayne Dali. Dali was released from prison in 2007 after a nightgown that was part of the rape he had been convicted of was found and DNA tested after years of having been misplaced. While this is great news for Dali, there are potentially dozens or hundreds more who insist they are innocent yet will never be able to prove this because evidence surrounding their crime was either lost or destroyed. 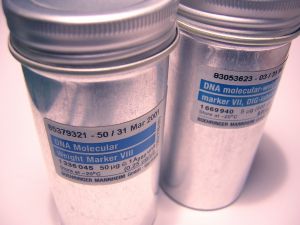 The North Carolina Center on Actual Innocence has said it has run across 45 separate instances where DNA testing could definitively settle the issue of a defendant’s guilt or innocence, but the evidence was either lost or destroyed. In 2001, legislators in the state passed a law that laid out which items should be kept in a case and for how long. It also created strict rules for how the destruction should proceed, with all destructions requiring approval by a judge only after defense attorneys and public defenders had been notified.

The problem is that old habits die hard, especially in smaller towns with less sophisticated filing systems in place. Many criminal defense attorneys wonder whether some law enforcement agencies have even attempted to follow the law. Statistics show that since 2006, clerks have filed notices to destroy evidence in only 52 cases. Even more surprising is that the 52 requests only came from eight North Carolina counties. The Center on Actual Innocence says it has investigated at least four different claims that contained evidence created after the 2001 law was passed where evidence was lost or destroyed and where no destruction order was ever approved by a judge.

It’s horrifying to think that a lack of foresight by law enforcement officials decades ago have cost some innocent people their freedom. As important evidence was thrown away, so were hundreds or thousands of opportunities to reopen cases and potentially release innocent victims. Police agencies across the state need to make evidence collection and protection a priority given how crucial it could become in the future.

“Discarded evidence costs some NC inmates a chance at freedom,” by Mandy Locke, published at NewsObserver.com.