A new law signed last week by North Carolina Governor Pat McCrory will allow students at public universities in North Carolina to hire an attorney to help guide them through the difficult and confusing process of handling disciplinary charges. Experts say the law could change the tone of such disciplinary hearings at schools across the state as students will now have the right to lawyer-up. 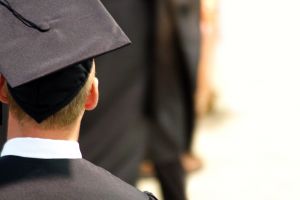 Prior to passage of the law, students were only allowed to have an attorney informally advise them. Lawyers were generally barred from presenting evidence during the hearings, cross-examining witnesses or in any way representing the student during the disciplinary actions.

The new law applies across a wide range of student conduct issues, but specifically excludes cases concerning academic conduct; an area lawmakers felt attorneys were not needed. The law says that students at public schools now are permitted to hire an attorney at their own expense as well as to allow other non-attorney advocates to participate in the disciplinary process. The law would include things like campus judicial hearings involving sexual assault on campus; serious issues that require experienced criminal defense attorneys.

Experts have said that North Carolina’s law is likely the first in the country to extend legal representation options to students facing disciplinary proceedings in college. The bill has been pushed in previous legislative sessions but always got tied up. This year lawmakers decided to make the issue a priority and successfully passed the measure.

Advocates of the law point out that most North Carolinians are unaware that when a student is accused of even serious campus crimes they typically are not allowed to have a lawyer represent them. The process can be a very serious and scary one for students who are afraid about what damage the proceedings could do to their academic careers as well as their futures. Allowing for an attorney is a reform that makes sense and costs taxpayers and universities nothing.

Others worry that the new law will make the disciplinary process more adversarial and less cooperative. These people feel that attorneys will focus exclusively on protecting their clients and that attempts to have offenders take responsibility for wrongdoing will be halted. Still others worry that allowing legal representation will create inequality, as wealthy students are able to hire representation and poor students are forced to handle the disciplinary process on their own.

Though there may be hurdles to overcome in the new system, the fact is the reform offers students with security in a confusing and scary time. Asking teenagers to defend themselves in such serious situations can create a huge power imbalance that often works to the detriment of the accused. This new law helps even the playing field and gives students a chance to combat charges brought by their school.