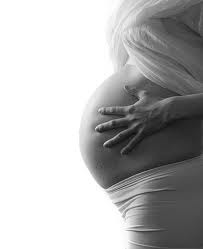 This month, on December 1, 2011, the North Carolina legislature passed the North Carolina Unborn Victims of Violence Act. WBTV reports that the new law will hold an individual criminally responsible for the death of an unborn baby which results from an attack on the mother. The law was sparked by the vicious murder of several pregnant women whose murderers were not ultimately held accountable for the death of the fetuses. According to an article in the Winston-Salem Journal, the law will be named after an unborn baby boy, Ethen, who died when his mother, Jenna Nielson, was murdered in 2007.

The passage of the law was also influenced by the murder of Cherika Adams and her unborn child by Carolina Panther’s player Rae Carruth. Carruth murdered Adams, his pregnant girlfriend, because he did not want to pay child support. Carruth hired a team of people to murder Adams as the two were supposed to leave for dinner and a movie. Under the law at that time, Carruth could only be charged with the murder of Adams, even though her fetus was viable at the time of the attack.

Assistant District Attorney Steve Ward said, “In the past the law had been that the fetus had to be born alive and then die before you could charge a homicide. Now you can charge a homicide from the mere fact that the fetus dies as an intentional act by the suspect in the case.” Proponents of the law believe that the measure is important because many potential victims are targeted specifically because they are with child. Rep. Dale Folwell, R-Forsyth, the chief sponsor of the law said, “This law is about murderers and thugs and how we’re going to treat them…If this prevents one woman from being murdered, it will be successful.”

North Carolina is now among thirty-six states with similar laws. The law, however, is not without its opponents. Critics say that the law has nothing to do with protecting the women, as its proponents claim, but its primary goal is to curb a woman’s right to an abortion. Opponents say that the law does little to prevent or restrict violence against women. Its real purpose is to establish that a fetus is a person for purposes of North Carolina penal law. Carey Pope, executive director of NARAL Pro-Choice North Carolina, said that “Once the law establishes a fetus as a full, living person throughout all nine months, as the law does, it becomes easier down the road to strip away abortion rights.”

The law has far-reaching implications. The language of the Act indicates that if a pregnant woman is attacked, but survives, the perpetrator can be charged with the murder of the fetus if the fetus dies as the result of the attack. As such, the number of murder prosecutions is all but guaranteed to increase. If you or someone you know has been caught up in the criminal justice system and is in need of skilled legal representation, contact the Charlotte criminal defense attorneys at Arnold & Smith PLLC.

Law on Slaying Unborn In Effect