A new push by the National Transportation Safety Board has some worried about a continuing decline in what amount of alcohol qualifies a driver as impaired. The NTSB recently released a recommendation that said all states, including North Carolina, should decrease the threshold for what constitutes drunk driving.

Currently, state law says that drivers with a 0.08 BAC or above can be charged with drunk driving. The NTSB says that it believes states should decrease the number to 0.05 percent BAC. The push is part of what the NTSB says is a larger goal of completely eliminating drunk driving in the United States, something it says is responsible for far too many deaths each year. 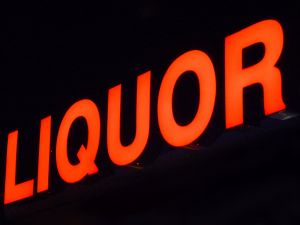 The NTSB estimates that by dropping the current BAC limit from 0.08 to 0.05, an additional 500 to 800 lives could be saved each year. While some have come out in support of the move, saying that it will help make roads across the state and the country safer, others, including our very own Brad Smith, have pointed out that any strict limit in BAC misses the point.

Applying a one-size-fits-all approach to drunk driving ignores the fact that each driver is different in how they process and cope with alcohol in their systems. While one person might be impaired at 0.05 percent, others may be just fine. In fact, there are plenty of people who would demonstrate indications of impairment at levels below 0.05 percent, but that does not mean the number should be lowered across the board.

In practical terms, the change proposed by the NTSB would mean a big difference in how many drinks a driver would be allowed to consume before getting behind the wheel. Currently, a 180-pound male could consume four drinks over an hour before hitting the 0.08 limit. That same person would hit the 0.05 limit after only two or three drinks in an hour.

Though the NTSB has said it recommends the change, at this point the recommendation is essentially meaningless. The NTSB has no authority to force such a major change on the states. For such a drop in the legal alcohol limit to go into effect, the North Carolina legislature would have to vote in a new law to lower the current limits.