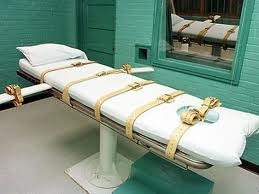 Signed into law in 2009, The Racial Justice Act allows death row inmates to challenge their conviction on the basis of race. This may very well delay the process and court proceeding for Mecklenburg County cases. Of the 158 inmates currently on death row, 152 have filed racial justice claims. Prosecutors believe this is an overuse of the law; however, from the defendant’s perspective, attorney Brad Smith says, “when you’re sitting on death row you’re pretty much gonna use anything and everything at your disposal in which to challenge your conviction and not get the death penalty.”

The death penalty matter has once again grabbed headlines with the recent events in Georgia with Troy Davis. On Wednesday, September 21, 2011, at 11:08 p.m., Troy Davis was executed for the murder of Savannah police officer Mark MacPhail. In the weeks prior to Mr. Davis’ execution, he and his supporters sparked yet another national debate over the death penalty, the possibility of an innocent man being executed for a crime he did not commit, and the issue of race in death penalty sentencing.

In the 22 years since his conviction, Mr. Davis maintained his innocence stating that he was not the one who personally pulled the trigger which killed Officer MacPhail, and that he fled the scene before shots were ever fired. In support of his innocence claims, he points to seven witnesses who have recanted their trial testimony. One witnesses said police threatened to charge him with being an accessory to the murder and others said they were scared and told the police what they wanted to hear.

Mr. Davis’ conviction has received more scrutiny than most, and still the courts upheld his sentence to death. Yet still many believe Mr. Davis was wrongfully convicted and fought for his innocence. Hundreds of thousands of people signed a petition for clemency and his supporters included Jimmy Carter and Pope Benedict the XVI.

Even with all the support Mr. Davis had, the district attorney who prosecuted him and Mr. MacPhail’s family staunchly supported the conviction and Mr. Davis’ sentence to death. In fact, Spencer Lawton stated prior to Mr. Davis’ execution that he was embarrassed that it had taken this long to actually execute Mr. Davis, and all the evidence Mr. Davis has produced to support his innocence claim was simply a “manufactured appearance of doubt.”

Davis is executed in Georgia

Then and Now: Witnesses Change Their Stories