According to an article with CBSNews, former Penn State assistant football coach Jerry Sandusky has been found guilty of child sexual abuse. The jury in Pennsylvania deliberated for nearly 21 hours before handing down its verdict which was guilty on 45 of 48 counts.

The jury was composed of seven women and five men and delivered a surprisingly strong rebuke of the former coach, apparently not accepting any of the arguments put forth by his defense attorneys. 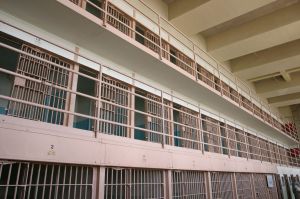 Sandusky remained standing with his head down staring at the jury box while the verdict was read into the record.

Pennsylvania Attorney General Linda Kelly took to a podium to declare that justice for 10 young men had finally been served. “This defendant, a serial child predator who committed horrific acts upon his victims, causing lifelong and life-changing consequences for all of them, has been held accountable for his crimes.”

Among the guilty counts were the most serious charges, those for involuntary deviate sexual intercourse, each carrying a maximum 20 years in prison. There were nine counts of unlawful contact with minors, also carrying 20 years and 10 counts of endangering the welfare of a child with a seven-year maximum for each count.

One of the most emotional victims to testify at his trial was a boy now 18 known only as Victim #1. He broke down on the stand as he described being repeatedly sodomized by Sandusky beginning at the age of 13. Sandusky was found guilty on all six counts related to that young man.

Sandusky’s attorney, Joe Amendola said, “I believe the jury acted genuinely and in good faith.” In the end he believed that the state’s evidence was just too much to overcome. “We were in an uphill battle, attempting to climb Mt. Everest from the bottom of the mount. Obviously, we didn’t make it.”

Within moments of the verdict being read aloud the judge presiding over the case revoked Sandusky’s bail and remanded him immediately to jail. Sandusky’s defense attorneys plan to appeal, but barring a total reversal of all the convictions Sandusky will almost surely spend the rest of his life in prison. Sentencing is scheduled to take place in 90 days.

If you or someone you know would like to speak to a Charlotte criminal defense attorney about any criminal matter, please do not hesitate to call the attorneys at Arnold & Smith, PLLC . Call today for a free consultation at 1-704-370-2828.