According to a recent article by WRAL, the North Carolina Racial Justice Act appears to be headed for repeal. SB 416, known as “An Act to Amend Death Penalty Procedures,” was passed by the North Carolina House of Representatives last week by a vote of 73-47, a veto-proof majority. More recently this bill was passed by a 30-18 vote in the state Senate. Now it is being presented to Gov. Beverly Perdue. This bill would significantly alter the Racial Justice Act as it appears today.

The Racial Justice Act, an important piece of legislation enacted in 2009, allows North Carolina death row inmates to reduce their sentences to life in prison without parole in certain circumstances. 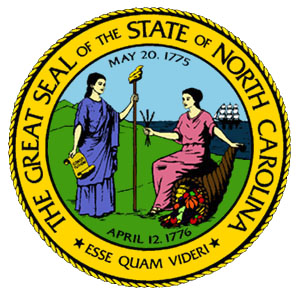 Inmates must show that race played a substantive factor in “decisions to seek or impose the sentence of death in the county, the prosecutorial district, the judicial division, or the State at the time the death sentence was sought or imposed.” The law is controversial because it permits an inmate to challenge his or her sentence based on widespread racial bias instead of having to prove that there was discrimination in his or her particular case.

SB 416 will try and change all that. By limiting the use of statistics in proving widespread discrimination, the new bill aims to dramatically scale back the reach of the Racial Justice Act. The bill would allow inmates to present statistics only for the county or judicial district where the crime was committed, rather than statewide. Statistics will also be limited to a period of 10 years before the crime and two years after sentencing. Finally, statistics will not be enough to prove racial bias, defendants will have to show other evidence.

“This bill guts the NC Racial Justice Act, plain and simple,” Scott Bass, director of Murder Victims’ Families for Reconciliation, said in a statement. “This bill is an attempt to sweep that evidence under the rug by allowing the state to ignore mountains of statistics pointing to the pervasive and disturbing role that race plays in jury selection and sentencing,” said Sarah Preston of the ACLU of North Carolina. “We cannot turn our backs on such evidence, as this bill seeks to do.”

As we mentioned in an earlier post , last year, Gov. Beverly Perdue vetoed a similar bill that would have essentially voided the Racial Justice Act. This time, given the majority seen in the House, her veto may not be enough to beat back the challenges to the Act.

If you or someone you know needs to speak to a Charlotte criminal defense attorney about any criminal matter, please do not hesitate to call the attorneys at Arnold & Smith, PLLC . Call today for a free consultation at 704-370-2828.

Source
“Changes to Racial Justice Act on their way to Perdue,” by Mark Binker, published at WRAL.com.