One North Carolina thief didn’t know what he was in for when he decided to break into Jonathan Moss’ house in Raleigh, NC and take his brand new MacBook Air. Unbeknown to the burglar, Moss was an IT specialist who had, just days prior, downloaded a GPS tracking software to his laptop.

Moss had just been given the laptop by his wife as a wedding present and the two left for their honeymoon in Aruba when Moss’ landlord emailed him saying there had been a robbery. Moss then accessed his Prey software from his villa in Aruba which allowed him to use wireless networks near the stolen laptop to send location information and even take pictures with the computer’s camera.

Moss went to police in Aruba who contacted Raleigh police with the information he had gathered. 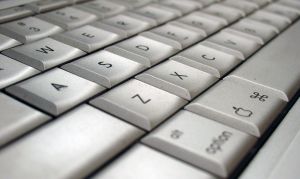 Moss was able to collect not only the location of the laptop, but a photograph of the man who stole it and the email address of the new user.

Given the overwhelming amount of information stacked against him, it did not take long for police to arrest Johnny Howard Fogg Jr., 29. Fogg has since been charged with felony possession of stolen property in connection with the case. His bail has been set at $3,000.

A first-time Class H offender faces a minimum sentence of 5 to 6 months in jail, but remains eligible for community punishment, which carries no prison time and does not include strict supervised probation. By contrast, a repeat offender’s minimum sentence ranges from 16 to 20 months, and must be served in prison.

If you require the help of a skilled North Carolina criminal defense lawyer, you can turn to the attorneys at Arnold & Smith, PLLC who will provide you with the best possible defense against any charges brought against you. For a free consultation, please contact Arnold & Smith, PLLC today at (704) 370-2828.

Charlotte Police Catch One Monitor-Removing Fugitive, Another Remains on the Loose