The Supreme Court gave word earlier this week that it would hear a case that concerned the power of police officers to give involuntary blood tests to those arrested on suspicion of drunk driving. The case could be an important one given that it will impact the reading of the Fourth Amendment protections regarding search and seizures and their relationship to forced blood tests.

The case name is Missouri v. McNeely and began as a traffic stop back in 2010. The officer pulled the man, Tyler McNeely, over early in the morning for a routine speeding violation when the officer began to suspect that McNeely was intoxicated. The officer requested that McNeely perform several field sobriety tests which he failed. McNeely then refused to submit to a blood alcohol test after being asked by the officer. 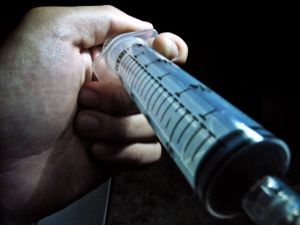 After refusing, McNeely was taken to a clinic where the officer ordered a medical technician to draw his blood without his consent. The test results showed that he was indeed intoxicated.

Before trial McNeely’s lawyer attempted to suppress the involuntarily taken blood sample, saying that the arresting officer never received a search warrant authorizing the seizure. The prosecution vehemently disagreed, and said that the officer was authorized to take the test immediately because had he failed to do so the alcohol in McNeely’s system would have diminished as quickly as it was metabolized.

The lower court judge sided with the defense attorney and ordered the suppression of the blood test. This decision was reversed by a state appeals court and then reversed again by the Missouri Supreme Court which affirmed the decision of the lower court. The Missouri Supreme Court said that the officer was within his right to order the blood test given the exigent circumstances of the rapidly diminishing alcohol.

Others have argued that the circumstances do not truly rise to the level of emergency, there was no terrible accident, no crime scene was in danger of destruction. State courts from across the country are split on the issue, with some saying special circumstances are needed to raise the situation to the level justifying a search that lacks warrant. The High Court will weigh in and clarify the important issue sometime early next year.

If you’ve been caught up in something that requires the help of a skilled North Carolina criminal defense lawyer, you can turn to the attorneys at Arnold & Smith, PLLC who will provide you with the best possible defense against any charges brought against you. For a free consultation, please contact Arnold & Smith, PLLC today at (704) 370-2828.

Source
“Forced blood test for a drunk-driving suspect? Supreme Court to step in,” by Warren Richey, published at CSMonitor.com.