The Supreme Court appears to be considering hearing a case this term regarding a law that allows law enforcement to take DNA samples of everyone arrested in the state before the individual has even been convicted of any crime. Something many people in North Carolina may be unaware of is that a law passed last year in the state that allows law enforcement officials to do just that, take a DNA sample once someone has been arrested. The DNA Database Act requires law enforcement to take cheek swabs (a quick method for collecting DNA) of those arrested in North Carolina for having committed certain crimes.

The law was championed as a tool to help law enforcement find and capture those who commit serious offenses in the state, but opponents of the law argue that it allows law enforcement to trample on the 4th Amendment rights of those who have been arrested but not yet convicted of anything. 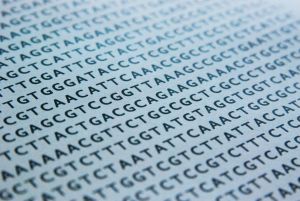 These opponents of the law argue that DNA samples represent an unreasonable search and seizure of private information when the person has only been accused and not convicted of a serious offense.

Prior to the DNA Database Act being passed in 2011, police had to obtain a warrant for DNA evidence before they were legally allowed to collect it. For those who are later acquitted or have their charges dismissed, their DNA information is supposed to be removed from the statewide database. Whether this is actually happening is another story entirely.

DNA is a powerful tool that law enforcement can use to potentially tie a person to a crime or crime scene when other evidence is lacking. Adding DNA to the state and national database is expected to help close multiple cases that have gone cold, often because the existing physical evidence, without DNA, was not enough to lead investigators to the perpetrator.

If you need the assistance of a North Carolina criminal defense team, contact the attorneys at Arnold & Smith, PLLC who will provide you with the best possible defense against any charges brought against you. For a free consultation, please contact Arnold & Smith, PLLC today at (704) 370-2828.

Source
“California and the Fourth Amendment,” published at NYTimes.com.