Attorney J. Bradley Smith answering the question: “Do I have to perform the field sobriety tests when I’m pulled over for DWI in NC?”

The U.S. Supreme Court recently issued a ruling that sides with police dogs after the Florida Supreme Court attempted to impose harsh standards on using drug-sniffing dogs to justify a car search.

The case involved a drug dog named Aldo who did his duty and alerted his handler that that there was possible contraband in a truck that had been detained during a traffic stop. When a search was performed the police failed to find any of the drugs that Aldo had been trained to locate. Instead, they discovered a variety of ingredients that were used to make meth. Aldo’s handler guessed that the dog might have been responding to meth residue on the door handles to the vehicle. Though Aldo was trained to detect meth itself, the dog did not have the ability to detect the individual components that were in the truck. 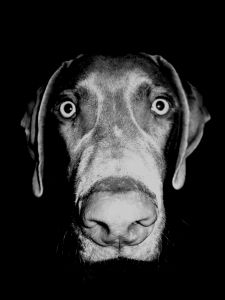 The Florida Supreme Court deemed the search unconstitutional, saying that prosecutors failed to show Aldo was reliable enough to prove that there was probable cause to search the truck. The Florida High Court said prosecutors should have introduced the dog’s training records and field performance reviews as well as other objective evidence that could demonstrate Aldo’s reliability.

The Supreme Court flatly rejected such a strict standard, voting unanimously to overrule the requirements imposed by the Florida Supreme Court. The justices decided that dog-sniffing evidence should be handled like all other evidence related to probable cause and defendants should be given the chance to challenge the reliability of a dog’s senses given the “totality of the circumstances.”

The Court held that “a sniff is up to snuff” when a reasonably prudent person would believe that a drug dog’s signal and ensuing search would reveal evidence of a crime. In the case of Aldo, the justices agreed that the sniff test was met.

In an odd coincidence, a separate case involving drug dogs will be ruled on on later in the week. That case involves offices who brought the police dog up to a private home’s front door. The issue for the justices to decide is whether judges may issue search warrants for private residences when a drug-sniffing dog outside the home reacts as if it smells drugs inside.

“Court Finds Dog’s Sniff ‘Up to Snuff’,” by Jess Bravin, published at WSJ.com.