A Canadian man recently had his drunk driving charges dropped thanks to his acid reflux problems. The driver, Phil Coffey, from Ontario, was first pulled over in 2010 as part of a DUI enforcement campaign by local law enforcement authorities. Coffey was suspected of drunk driving and given two breath tests which showed he had nearly twice the legal limit in his system, 0.15. Despite these potentially damning results, Coffey got the charges dropped after explaining the impact acid reflux can have on such readings.

Coffey admitted from the beginning that he had been drinking the night of his arrest. He claims to have had three small glasses of wine over the course of three hours at a friend’s wedding that he attended with his wife. Coffey also said he ate a large amount of greasy food that night, appetizers and a large pasta and beef entrée followed by dessert. His attorneys argued that this heavy meal combined with his acid reflux condition to lead to an inaccurate BAC reading. His reflux was especially out of control that evening because Coffey testified that he never took his prescription Nexium pill that day which works to control episodes of severe heartburn. 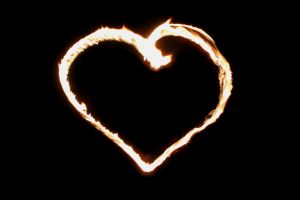 Coffey had his doctor testify that he suffers from moderate to severe acid reflux which causes a person to regurgitate stomach acid into their mouth. Coffey claimed that he finished his last glass of wine while leaving the wedding and was pulled over a short time later. This meant that there was enough unabsorbed alcohol in his stomach to be pushed back up into his mouth by his acid reflux at the time the BAC reading was taken.

Another expert explained how Coffey’s BAC should have been under the legal limit given the amount of time that elapsed between his three glasses of wine. The judge agreed with the experts and chose to dismiss the charges against Coffey.

It may come as a surprise to many, but those suffering from acid reflux, severe heartburn or GERD can be victims of inaccurate BAC readings on occasion. GERD works by causing stomach acid and contents to rise into a person’s mouth which can sometimes include undigested alcohol or alcohol vapors. This unabsorbed alcohol can then lead to dramatically higher BAC readings than actually exist. Some cases have been found where severe acid reflux can actually raise a person’s BAC fourfold.

Such increases do not occur only in those with severe acid problems, but have also been found in people with more mild conditions. Consuming large, greasy or spicy meals before taking a BAC can lead to inaccurate readings and should warrant a discussion with your North Carolina drunk driving attorney who can then walk you through your legal options.
Arnold & Smith, PLLC is a Charlotte based criminal defense, traffic violation defense and civil litigation law firm servicing Charlotte and the surrounding area. If you or someone you know need legal assistance, please contact Arnold & Smith, PLLC today at (704) 370-2828.