Domestic violence advocates and the family of a young woman murdered in east Charlotte last month are asking that officers with the Charlotte-Mecklenburg Police Department be given the authority to check a database showing criminal convictions from other states of persons not suspected of criminal activity. 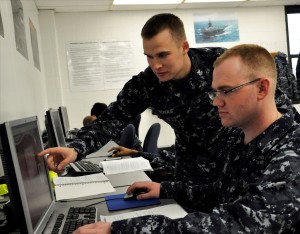 The Charlotte-Mecklenburg Police Department cited federal and local policies that prohibit them from viewing criminal information from other states on persons not accused of a crime in responding to questions about the April 28 murder of Tamika McClelland.

McClelland died in an east-Charlotte house fire set by Halim Stovall. Stovall had been cited in Pennsylvania in 2007 and 2008 for violating orders of protection secured by McClelland. Stovall died at a hospital hours after setting the fire, the Charlotte Observer reports.

CMPD officers have access to a federal database that would have shown Stovall’s criminal history in Pennsylvania, however, Henson said, “police guidelines and federal policy prohibit officers from running” a report on the federal system when the individual searched is not a suspect in a crime. Henson said that while knocking on a person’s window at 4 a.m. is not a wise choice, it is not against the law, meaning that since Stovall was not a suspect in a crime, his name could not be searched in the federal database.

Bea Cote, who serves as the chairwoman of the Domestic Violence Advisory Council, said if officers had been able to check Stovall’s name in the federal database, “it would have changed everything,” according to the Observer. Capt. Henson, however, suggested that even if officers had seen the information in the federal database, there was little else they could have done. “Had there been anything else they could have done, I have the utmost confidence they would have done it,” he told the Observer.

McClelland’s family told the Observer that Stovall had a history of stalking McClelland and that she had moved to Charlotte from Pennsylvania to get away from him, but he had followed her. In one instance, Stovall snuck into McClelland’s previous home in Charlotte and wrapped his hand around her neck. McClelland had not reported that encounter to CMPD, however, and CMPD officers had not encountered Stovall prior to the 911 call in the early-morning hours of April 28.