Police in Kings Mountain, North Carolina say a 57-year-old woman has been arrested and charged with beating another woman with a Bible. According to authorities, the woman, Evelyn Mills Moore, was arrested over the weekend on a charge of assault inflicting serious injury.

Moore’s arrest report says that the woman used her firsts and a nearby Bible to repeatedly strike the other woman. Apparently the incident was not religiously motivated, but instead a domestic dispute that turned physical. The Bible had no special significance other than that it was the nearest, heaviest object that the woman could get her hands on. The victim in the attack suffered bruises on her head, face and arms. 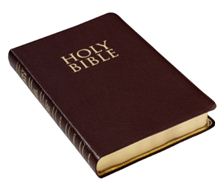 In a related incident, police also charged Moore with assault for attacking a man. Moore allegedly hit and punched the man with her fist, causing numerous bruises across his face and body. The woman is currently in Cleveland County jail and authorities say they do not believe she has hired a criminal defense attorney.

Assault inflicting serious bodily injury, which is what Moore has been charged with, is a Class F felony that is punishable with up to 49 months in prison, depending on a person’s prior convictions. The crime hinges on the definition of “serious injury” and whether the injuries to the victim in the particular case meet the definition. Factors such as hospitalization, pain, loss of wages, and permanent disfigurement are considered by the court in such cases.