Recently, Arnold & Smith, PLLC attorney, J. Bradley Smith, was asked to speak to Charlotte News Channel 14 regarding an unusual criminal case in Salisbury. Police in Salisbury, North Carolina are investigating a fatal shooting, with a twist. Police responded to a shooting at Jack Jarvis’s home. An intruder came into the house with a weapon and clearly intended to rob Jarvis. 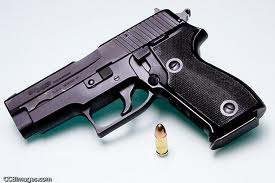 The intruder, 23-year-old Marlon Barber, barged into Jarvis’s home and pointed the gun at him. Barber wanted money and started brutally beating Jarvis over the head with the butt of the gun.

Jarvis, however, was not going down without a fight. He got the upper hand and the two struggled. During the fight, Barber dropped the gun. Jarvis later said, “He dropped the gun. We both looked at each other, looked back at the gun and it was a race to the gun.” Thankfully, Jarvis won that race. He picked up the weapon and shot Barber once in the chest, fatally wounding him.

While police are still investigating the shooting and have not made a determination of whether the shooting was in self-defense, Salisbury Chief of Police Rory Collins said, “On the surface, it certainly does look like a matter of self-defense. This individual came into a man’s home, uninvited, to rob him, producing a handgun.” Criminal defense attorney J. Bradley Smith said, “It would be very difficult in North Carolina, or frankly anywhere, to get a conviction on somebody for killing another person when they’re doing it in defense of their own home. That’s where you get the idea of the Castle Doctrine.”

North Carolina’s Castle Doctrine allows a person defending his or her home to use deadly force without being required to retreat prior to employing deadly force. In December 2011, however, the law was expanded to include not just the home, but also a person’s vehicle or place of employment. It is assumed that when a person attacks the victim at home, in the car or at work that person intends to kill or inflict serious bodily harm.

Although the investigation should reveal that Jarvis is not criminally responsible for Barber’s death in this case, one might still need a criminal defense lawyer to argue the circumstances of self-defense to a judge or jury. If you or someone you know would like to speak to a Charlotte criminal defense attorney for any reason, please do not hesitate to call for a free consultation at (704) 370-2828.