A recent article in the Gaston Gazette tells the story of a Gastonia, NC man who could not get a job because the courts mixed up his name with the name of a another man charged with stealing a dog. 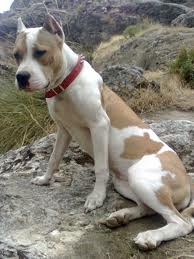 John Ashley Wilson was trying hard to get a job as a certified nursing assistant, but he was consistently told that his criminal record was preventing him from being hired. Wilson knew that he has some minor criminal charges in the past, but they had been dismissed. Then he received a letter for the North Carolina Administrative Office of the Courts. It informed him that his federal income tax return for that year was being used to pay his public defender. Wilson knew that he had not recently been in court. Wilson then took a trip to the Gaston County courthouse, which is where he finally got to the bottom of the mystery.

After a visit to the Gastonia Police Department, Wilson learned that he had been charged with felony larceny of a dog. The arresting officer was there and told his supervisors that Wilson was not the man he had arrested for stealing the dog. The man he had arrested was a black man and Wilson was white. The name on the warrant application was John Allen Wilson III, a black man, whose date of birth was May 28, 1981. But, after the order for arrest came from the magistrate, John Ashley Wilson, born January 21, 1981, became the suspect.

How did this happen? The courthouse staff failed to properly organize the documentation. John Allen Wilson’s request for a public defender was inside of a folder along with Judge Sumner’s order for the theft of the dog based on John Ashley Wilson’s description. Sumner had the wrong file in front of him when he was entering the order. Wilson blames that sloppy organization of the courthouse staff for this mix up.

Wilson wants his name cleared and he wants the federal income tax refund that was taken from him. He also wants to be compensated for the trouble this has caused him. He has called several local attorneys, but he has not been successful. Many attorneys do not want to pursue a case of defamation against a magistrate judge, especially when many of these lawyers will likely have to go before this magistrate in the future.

While not a popular case to take, sometimes judges and magistrates can make mistakes and they should be held accountable. The experienced attorneys at Arnold & Smith PLLC are not afraid to take on a difficult case. If you or someone you know need a Charlotte criminal defense attorney, please feel free to contact the attorneys at Arnold & Smith, PLLC for a free consultation at 704-370-2828.