According to recent article on WCNC.com, the Charlotte City Council has now unanimously approved the decision to bring a gunshot detection system, known as ShotSpotter, to the city. Police and elected officials are hoping that it will improve public safety and give officers another effective tool to help fight crime.

Currently, there are just under 70 systems in place across the country, including in Wilmington, NC. The system is costly, running around $50,000 for a one-year trial period. Here’s how it works: the detection system triangulates sound picked up by acoustic sensors which are situated on top of buildings, utility poles and other structures throughout a neighborhood. 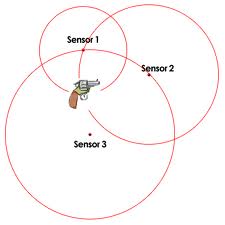 When gunshots are fired, those sensors produce a report which is relayed back to the control room of ShotSpotter where a technician will focus on a computer screen and zoom in on a satellite map to see where the gunshots originated. The technician then analyzes the data and zeroes in on the exact block where the incident took place. After having confirmed that the sounds were indeed gunshots, the tech will then contact the police department and alert them to the gunshots, the time that the shots were detected by ShotSpotter sensors and the exact location.

The system’s technology is incredibly sophisticated and can even be used to determine what type of gun was used and the caliber of the weapon. Proponents of the new technology contend that use of the detection system greatly improves response time and increases community confidence that the police will respond swiftly. For the moment, the Charlotte-Mecklenburg Police Department is remaining quiet about what part of town the ShotSpotter will be used in.

All this technology comes at a price, say some critics who complain that it invades the privacy of individuals and that it is not always able to distinguish between gunfire and other loud noises. The Pittsburgh Post-Gazette told a controversial story of an incident in New Bedford, Massachusetts where a ShotSpotter recording of an argument that took place on a street corner will play an important role in the case against two men charged with murder in a December 2011 killing. At a hearing earlier this year, an assistant district attorney said that the system had recorded arguing and yelling at a busy intersection. An attorney for one of the defendant’s says that if the prosecution uses the recording, it will raise important issues of privacy under the state’s wiretapping statute.

The defense counsel said that the technology opens up a can of worms related to privacy issues and begs the question, “Where will it stop?” The lead prosecutor said that the issue is not so important given that what was recorded was said in public and lacked an expectation of privacy. The government believes the evidence will turn out to be admissible.

ShotSpotter has largely stayed quiet regarding the case, though a spokesperson issued a statement saying that the system was not intended to record anything except gunshots and cases like the one in New Bedford are extremely rare. Just how rare remains to be seen.

If you or someone you know would like to speak to a criminal defense attorney about any criminal matter in Charlotte or the surrounding counties, please call the attorneys at Arnold & Smith, PLLC . Call today for a free consultation at 1-704-370-2828.