Some bad news has been reported for the Charlotte-Mecklenburg Police Department after data indicates a recent string of crime rate declines have come to an end. Three years of major drops in crime have abruptly stopped and been replaced with glaring jumps in a variety of crimes across the city.

Since the beginning of the year, homicides in the city have increased by an astounding 40% compared with the same period last year. Robberies are up 17% and aggravated assaults have spiked by 14%.

Such a development is unexpected under the new police chief, Rodney Monroe, who took over the department in 2009 and presided over an unprecedented drop in crime. 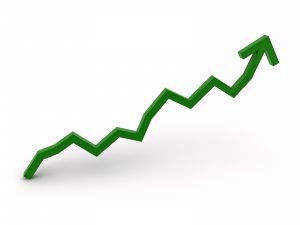 Almost immediately when he moved into his new role, the numbers began falling. In fact, in 2011, the department announced that the crime rate had fallen to the lowest level since it started keeping consistent records in the 1970s.

When the new numbers were revealed, the department emphasized that the trend in the city over the past three years is still downward for most crimes. The only exception over a three-year period is aggravated assault, which saw a 12% increase.

The approach used by the current police chief has resulted in lower crime than any of his other predecessors. Chief Monroe’s department focuses less on geography and more on identifying specific criminals and locking them up before they can commit additional crimes.

The larger picture across the state shows good news and continuing drops as the North Carolina attorney general announced that statewide crime dropped for a third year in a row. The drop marks a 34-year low and part of several decades of declining crime rates.

The overall rate of index crime per 100,000 persons in the state in 2011 decreased by 0.9% compared to 2010. The rate of violent crime per 100,000 people dropped 5.2%. One bit of bad news was that the state’s murder rate increased by 5.95. Rapes were down almost 3%, robberies dropped by 4% and aggravated assaults were down by 6%. Importantly, these drops were not just the result of putting larger and larger numbers of people behind bars. Total juvenile arrests dropped 7%, while adult arrests fell 3%.

With the increase in crime comes more work for the local criminal defense attorneys in Charlotte and the surrounding counties. If you are in need of such services, please contact Arnold & Smith, PLLC at 704-370-2828.

Source
“CMPD reports crime is on the rise,” by Cleve Wootson, published at CharlotteObserver.com.

See Our Related Blog Posts
Discreetly recording the police? There’s an app for that