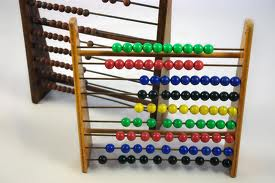 According to a recent report on WBTV.com, the crime rate in Charlotte has dropped to its lowest level in more than 20 years. The police department released crime statistics for the year 2011 and they revealed that the homicide rate dropped 6.8% from the previous year. In 2010, there were 59 homicides in the city of Charlotte, but in 2011, there were only 55 homicides in Charlotte. The homicide rate for 2011 is the lowest the rate has been since 1988. As a result, the overall crime index has also gone down 7.1%. There was also a substantial decrease in property and violent crimes the last calendar year. Property crimes went down nearly 8% while violent crimes decreased by just over 2%.

The Chief of the Charlotte-Mecklenburg Police Department attributes the success to a strong working relationship with the Office of the District Attorney. Chief Rodney Monroe said, “I couldn’t have asked for a better relationship with the District Attorney’s Office that sees things as we do… The priorities [of] making sure that we focus on the right people, mak[ing] sure we receive stiffer sentences for individual who are committing crimes, as well as not randomly letting people out of jail… [that] we arrest.”

The victory is not complete because not all of the crime categories saw a decrease. The Charlotte-Mecklenburg Police actually reported a 4% increase in aggravated assaults. In addition, even though crime as a whole went down, when the statistics were broken down by individual divisions, some of those individual divisions saw an actual increase in crime. This simply signifies to the Chief that there is still work to do. “We’re always looking for ways to do things better, whether it’s in communications, on the street, [or] whether it’s in the DA’s office,” Chief Monroe told WBTV.

For the Chief it seems that he has found something that is working. He has vowed not to implement new strategies, but to continue to build on what was working to get this significant drop in crime. “Rather than trying to develop new strategies and with the DNC coming up –let’s try what we’ve been successful on and see if we can take this to a new level.”