A recent news report revealed that far too many crimes are occurring at the Charlotte CATS transit center. The bus station in Uptown has become something of a hangout destination for some unsavory groups, which has led to increasing incidents of crime. Now that the issue has been raised publicly, Charlotte-Mecklenburg PD says they will aggressively work to stamp it out. 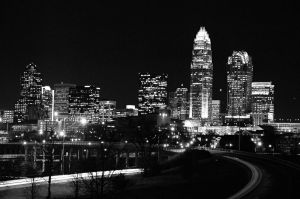 A spokesperson for the Central Division of CMPD says that officers will be working hard over the coming days and weeks to impress upon people that the bus station is for catching a bus and nothing more. The spokesperson said the department’s position is clear that those interested in loitering can go elsewhere to hang out.

CMPD Captain Mike Campagna said that after receiving reports of various criminal activities, the police approached Allied Barton, the private security company that CATS contracts out work to. The two organizations are launching a joint effort to put a stop to loitering at the bus terminal and, hopefully, the petty crime that results from all the loitering.

Police say that most of the criminal activity has been taking place during the day when adults loiter around the fringes of the transit center. They are launching the crackdown now out of a fear that kids being out of school for the summer might follow the lead of the adults and begin to congregate in the area, making an already bad situation much worse.

According to the police, most of the crime happening at the Uptown bus station is petty, but there are some more serious cases. Police say they have reason to believe some low-level drug activity was based in the transit center. According to Captain Campagna, the most common crime reported was stealing cellphones. In many cases the phones were snatched and the perpetrators ran away, but other thefts turned more violent and physical.

In North Carolina, the law that deals with theft classifies crimes based on the value of the items stolen. In cases of cell phones, it’s almost certain that the value is less than $1,000. As such, a person arrested for stealing a phone would likely be charged with Class 1 Misdemeanor Larceny. Assuming that an offender has no prior convictions, the potential sentence for a Class 1 misdemeanor in North Carolina is a term ranging from one to 45 days of incarceration. However, if violence or physical assault were involved in the stealing of the phone an offender would be looking at additional charges and a much stiffer sentence.

“Crime too common at transit center, CMPD working to curb it,” by Brigida Mack, published at WBTV.com.