According to a recent report by WBTV.com, a man who was wounded during a drive-by shooting at the Northlake Mall has been recently released from the hospital. The victim was 23-year-old Gregory Tillery. He was wounded while he was trying to get into his car parked outside of Dick’s Sporting Goods Store. On Monday, February 6, 2012, the police were called to the Northlake Mall after the caller reported a shooting in the parking lot. The officers who arrived on the scene found that the victim had been injured by a gunshot wound to the leg. He was expected to make a speedy recovery, despite earlier reports which said that the victim had suffered life-threatening injuries. 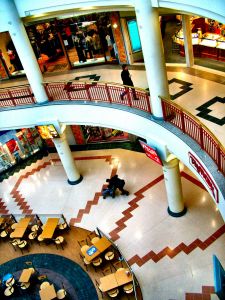 Witnesses reported no less than five shots fired during the shooting. They indicated that as Tillery, the victim, was getting into his car, another vehicle pulled up and fired directly at him. Tillery was accompanied by another man. Police say the suspect also fired at him, but the bullet went through the legs of his pants and he was luckily not injured. The police are continuing with their investigation. They are looking at security footage to see if an image of the shooter was caught on videotape. Also, police are interviewing those who were with the victim and are interested in finding out why someone might want to shoot him.

Police were able to get a description of the suspect. Witnesses described him as a black male with dreadlocks. The witnesses also say that he was driving a white Ford SUV, either an Excursion or an Expedition, with some kind of trim at the bottom of the vehicle, either gold or tan. Police are asking that anyone who knows any information contact Crimestoppers.

Several other cars were hit by stray bullets. Fortunately, the cars were empty at the time and no other people were injured. The investigating officer, Lt. Brian Foley, said that if the circumstances had been different, this incident could have turned into a tragedy. One witness said, “They could have hit anybody else. [I]t could[‘ve] been somebody’s kid. [I]’s scary… What if it was your family[?] [W]hat if it was your kid or someone you knew[?]”

The shooter in this case will face several possible serious charges if and when he is captured, including a potential charge of attempted murder. He will need representation by a Charlotte criminal attorney capable of mounting a vigorous defense in case of trial or possible plea negotiations. If you or someone you know find yourself in need of the services of a North Carolina criminal defense attorney for any reason, please contact the attorneys at Arnold & Smith, PLLC at 1-704-370-2828.

Source
“Shooter in mall drive-by still on the loose; victim released from hospital,” by Chris Dyches, published at WBTV.com.