An appellate court in North Carolina has denied the appeal of a man who was convicted of killing two Charlotte-Mecklenburg Police Department officers, according to a recent report by WBTV News in Charlotte. The man is Demeatrius Antonio Montgomery and in 2010 he was found guilty of the first-degree murder of Officers Sean Clark and Jeff Shelton. The murders occurred three years earlier in 2007 at the Timber Ridge Apartments in East Charlotte.

After being found guilty, Montgomery was sentenced to two consecutive life sentences. His new attorneys, however, appealed his murder conviction in 2011, asking the court to overturn the convictions for several reasons, the most prominent of which centers on Montgomery’s mental competence. 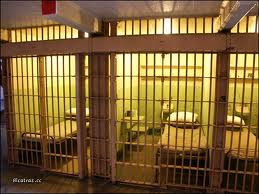 After considering the issues on appeal, the appellate court denied the defense’s request, saying that Montgomery’s claims were without merit and that the trial court’s decision was correct. Montgomery’s attorney, Andrew DiSimone, says that he is currently considering the possibility of filing an appeal with the North Carolina Supreme Court.

Montgomery’s competency issues arose during his original trial. On three separate occasions Montgomery moved to have the court declare him incompetent to stand trial. The first two motions were denied by the presiding judge and the third motion was withdrawn after the district attorney agreed to take the death penalty off of the table. The defense presented testimony from expert witnesses who spoke about Montgomery’s silence and refusal to participate in his own defense: however, the appellate court found that Montgomery’s silence was likely the result of his own choosing.

Although is it not usually discussed, competency to stand trial is a very important issue in some criminal trials. If an attorney is dealing with a defendant with a history of mental illness, it may be beneficial for the attorney to seek a determination of whether the defendant is legally able to assist in his or her own defense.

North Carolina law on competency reads as follows: “No person may be tried, convicted, sentenced, or punished for a crime when by reason of mental illness or defect he is unable to understand the nature and object of the proceedings against him, to comprehend his own situation in reference to the proceedings, or to assist his defense in a rational or reasonable manner.”

In North Carolina this is referred to as “incapacity to proceed,” while in other jurisdictions it is called “incompetence to stand trial.” Whatever the name, the declaration of competence is left to the trial judge and is firmly within the trial judge’s discretion. The defendant has the burden of production and persuasion, meaning that it is the defendant’s responsibility to convince the trial court that he cannot continue because he is incapable of proceeding.

If you need the assistance of an experienced Charlotte criminal defense attorney, call the lawyers at Arnold & Smith, PLLC today for a free consultation at 1-704-370-2828.