According to a report out of WBTV, the recently released After-Action Report by the Charlotte-Mecklenburg Police revealed a relatively sedate Democratic National Convention (DNC) took place this year in Charlotte; certainly calmer than authorities had feared.

Charlotte Police consider their presence during the Convention a success, pointing out that there were no major incidents in Center City or any of the other 12 patrol divisions in the department. 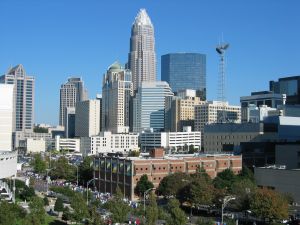 This doesn’t mean the festivities went off without a hitch, as there were several demonstrations in the city throughout the week. These gathering did cause a few disruptions of both pedestrians and traffic, but nothing major was reported. Given the huge crowds that descended upon Charlotte for the week, the scant 25 arrests made during the week of the DNC were much less than some feared.

Charlotte police officials have announced that all but one of those arrested lives outside the Charlotte area. Their After-Action Report broke down the arrest incidents, including the number and cause of each. They included:

The North Carolina criminal defense attorneys at Arnold & Smith, PLLC will provide you with the best possible representation. For a free consultation, please contact us today at (704) 370-2828.

Source
“Police: 25 people arrested during the DNC,” by Jessica Sells, published at WBTV.com.