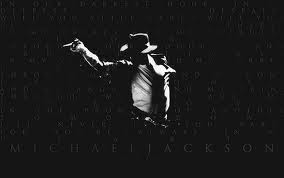 After a two-year legal battle and nine hours of jury deliberation, Doctor Conrad Murray was found guilty of involuntary manslaughter in the death of pop star, Michael Jackson, at the downtown Los Angeles County Courthouse. Murray served as Jackson’s personal physician as he vigorously prepared for his comeback concert. During this time, Jackson was known to have had trouble sleeping and according to his testimony to remedy this Murray was administering the surgical anesthetic propofol every night for at least two months. The Los Angeles County coroner confirmed that Jackson’s death was caused by “acute propofol intoxication” in combination with two other sedatives.

The trial lasted for 23 days and there were 49 witnesses who included Murray’s girlfriends and patients, Jackson’s former employees, investigators and medical experts for each side. The jurors were left to determine if Jackson had given the deadly dose of propofol to himself or if it was administered by Dr. Murray in an intravenous drip. Prosecutors said that Murray was willing to give the dangerous drug, propofol, in return for $150,000 monthly paycheck.

The spokesman on behalf of the Jackson estate and family called this a “victory” and said “justice was served.” The judge made it clear that this crime was being taken very seriously. When Murray’s lawyers asked to allow Murray to be free while awaiting sentencing hearing, Judge Pastor said “public safety demands that he be remanded.” He went on further to say, “This is a crime where the end result was the death of a human being….this demonstrates rather dramatically that public should be protected.”

In North Carolina, involuntary manslaughter is a class F felony which could result in up to 49 months, or just over 4 years in prison. This is almost exactly what Dr. Murray will face at his sentencing hearing on November 29, 2011, where he faces up to 4 years in prison.

With Dr. Murray’s minimal criminal history and the ability to obtain parole, there is little likelihood that he will see 4 full years of jail time. What will likely be more devastating than any time he does serve is the loss of his medical license. While this case was pending, his medical license was suspended, and in light of this conviction, California will be investigating whether or not to permanently revoke his license. No timeline has been set for the board to reach its final decision on this matter.