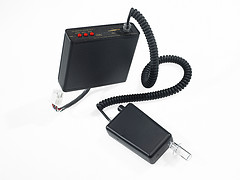 Since the passage of North Carolina’s Laura’s Law in June by Governor Beverly Perdue, the courts have been tougher on drunk driving especially Hard Core Drunk Drivers (HCDD). The law is named for a North Carolina teenager who was killed by a drunk driver who had three prior DWI (Driving While Impaired) on his record. In the past, excessive offenders would be given an interlock device on their car which would force them to blow into a device before operating their vehicle. Research has found that with these interlock ignition devices, many of the offenders get a “blow fail” which means that at the time they were too drunk to operate the vehicle but still attempted to do it. The interlock ignition device is used for HCDD which are those offenders who are found to blow over a .15 BAC (.08 is the legal limit in NC).

North Carolina plans to follow the states of Tennessee, Delaware, Arizona, Colorado, Nebraska , North Dakota and South Dakota by introducing tougher sentencing for the HCDD with hopes of impacting their overall sobriety and broader alcohol abuse issue. Statistics show according to the Century Council, that in 2009, 70% of alcohol related traffic fatalities were caused by drivers who had a BAC level of .15 or higher and this statistic has remained the same for the past decade.

One device that is being proposed to help better address this HCDD population is an alcohol monitoring anklet. This device is called a SCRAMx and is manufactured by a company called Alcohol Monitoring Systems, Inc. The anklet would use a non-invasive transdermal analysis to monitor alcohol use and would report this back to the appropriate authorities. The immediate goal would be to lessen the number of drunk driving offenses and consequent accidents and fatalities by the HCDDs; however, the long term goal would be to assist these individuals with their broader alcohol abuse issues and help them on the road back to sobriety.

While this device may on the surface sound like a feasible solution to some of the drunk driving issues that we have today, it does come at a cost. The device is estimated to cost between $10-$12/day. If this device is implemented in the same situations where Interlock has been used, a person would be required to have this device for at least one year and this could easily cost a minimum of $4,000 per offender. Add to this that alcohol abuse is often a lifetime struggle for these individuals, the use of a such a device would only provide a very costly and temporary fix to placate the legal system but not really address the broader issue.

This and other such devices may be an expensive step in the right direction, but it still does not address some of the underlying issues that come with alcohol abuse. This device would have to be combined with a closely followed treatment plan and an offender who was ready and willing to get help to begin to address such issues.

If you or someone you know find yourself in a situation where you need a criminal defense attorney, J. Bradley Smith is the attorney for you. Please contact us at 704-370-2828 for a free consultation and our staff will be ready to speak with you regarding your matter.