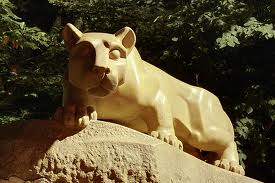 In order to understand how we have gotten to this point, it is critical to understand the history and timeline of events that have taken place over the last few decades. In 1969, Jerry Sandusky began his coaching career as a defensive line coach with Penn State University under legendary coach Joe Paterno. In 1977, Jerry started his now infamous organization called The Second Mile which was intended to help children with absent or dysfunctional families. Over the course of a 15 year-period, beginning in 1994, Sandusky had numerous alleged encounters with young boys. Some of these incidents were witnessed by other members of the coaching staff and occurred at the Penn State athletic facilities. In total, Sandusky faces over 40 criminal charges with 25 of those being felony counts of deviate sexual intercourse, aggravated indecent assault, unlawful contact with a minor, endangering welfare of a child and indecent assault against at least eight victims over more than a decade.

As the details of the alleged acts have been flooding the media in the last couple of days, the idea of an adult violating these innocent children is disturbing to say the least. I am sure everyone would agree that Sandusky should be punished for his crimes. However, what makes this story even more interesting is how the lack of action on the part of others is bringing them under fire, most noteworthy Coach Paterno.

As the story has further unraveled, it appears that Paterno and other school officials had the opportunity to alert authorities, but instead just alerted the Penn State athletic director ,Tim Curley. As it stands, Curley and another university official are facing charges of perjury and failing to report Sandusky to authorities. On two different occasions, once in 1998 and again in 2002, Sandusky was accused of engaging in this violent criminal behavior and the school effectively did little to nothing to stop it. Although Paterno does not appear to be facing criminal charges like Curley, it is still safe to say that his career has been tainted and ended sooner than he had intended. No doubt that the reputation of the esteemed Penn State University has been forever changed.

While Penn State is dealing with the fallout of this scandal, it is important for all of us to realize not only the moral implications of our actions, but what effects the legal system could have on our actions, or failures to act. In North Carolina, unlike 47 other states, there is no criminal penalty for failing to report child abuse. Instead, North Carolina statutes create a duty for all persons, with a few limited exceptions, to report any abuse, neglect or death due to maltreatment of a child to the director of social services in the county where the child resides. This means that currently, instead of facing jail time for failing to report child abuse, North Carolina citizens only face the possibility of civil lawsuits for monetary damages caused by failing to report such abuse.

Despite the legal ramifications, it is imperative that whoever is involved or aware of such a crime being committed to report it to the appropriate authorities. If you have any questions regarding any criminal or civil matters, contact the law offices of Arnold & Smith, PLLC at 704-370-2828.

Sources
Joe says it’s so: ‘Devasted’ Paterno will call it a career at season’s end