The North Carolina Court of Appeals ruled a few weeks ago that police in the state have no right to stop a car merely because the occupants appear to be nervous while driving.

The case involved an incident back in April of 2011 when police officers from Sampson County were operating a speed trap on I-40. The officers noticed a green minivan that dropped its speed from 73 to 65 mph, something that apparently was deemed suspicious by the officers given that it was a 70 mph zone. The officers further claimed that the occupants of the minivan appeared nervous and stared straight ahead as they passed the officers.

The Sampson County officers eventually pursued the van and, as they pulled alongside, noticed that the occupants never made eye contact with the officers. The officers said that the van was driving slowly and crossed a fog line, thus justifying their decision to pull the vehicle over. However, a video from the patrol car shows that the van never crossed the fog line or engaged in any other unsafe driving maneuvers. 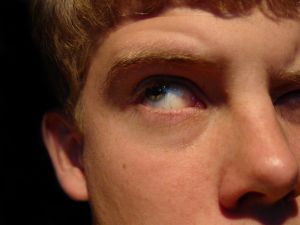 The driver of the van was given a warning by the officers and agreed to a search of the vehicle that revealed a revolver and rifle belonging to her ex-husband and passenger. The ex-husband, Nathaniel Canty, was found guilty of being a felon in possession of a firearm. However, after Canty filed an appeal, the North Carolina Court noticed problems with the original traffic stop.

Judge Cheri Beasley wrote for the panel saying that the Court found it hard to believe the officers were able to tell the occupants of the vehicle were “nervous” merely by driving alongside them for a few moments. Judge Beasley also wrote that slowing down after a speed trap was no indication of suspicious behavior. Slowing down is instead the normal reaction of many people in the presence of law enforcement officers. Slowing down, failure to make eye contact and nervousness are all normal behaviors and do not rise to the level of providing reasonable suspicion to initiate a traffic stop.

The panel from the Court of Appeals said that the defense attorney in the case was ineffective for not filing a motion to suppress the evidence gathered as a result of the traffic stop. As a result, the conviction was thrown out and the case will be retried, this time with a motion to suppress which will likely be granted by the lower court judge.

“North Carolina: Driving While Nervous is Not a Crime,” published at TheNewspaper.com.