A big push is underway in North Carolina as prosecutors have said they intend to crack down on financial and white-collar crimes this year after what they say has been several years of lax enforcement across the state.

It’s important to understand that white-collar crime encompasses many different varieties of criminal infractions. These can include embezzlement, larceny, passing bad checks even mortgage fraud. Prosecutors say that because of the complicated nature of many of these crimes, new investigative tactics will need to be employed. For that reason, the North Carolina Conference of District Attorneys has announced the launch of a new financial crimes initiative. 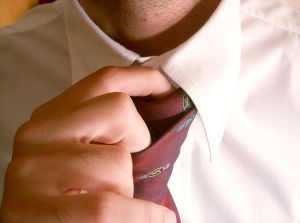 The group will be using some of the money it received from the National Mortgage Settlement last year to pay for the new division. The group began by officially hiring a new White Collar Crime Resources Prosecutor whose job will be devoted entirely to the prosecution of financial crimes. Tammy Smith has been named to fill the position and she will begin hiring a team of regional prosecutors expected to begin work in mid-February or early March. The team will work with district attorneys across North Carolina to crack down on financial wrongdoers.

The cost of this initial launch will be paid for by $6.7 million set aside by the state’s Attorney General from the mortgage fraud settlement. The AG said that given the complexity of many of these cases, local DA’s offices often push them aside for less complicated matters.

The focus by state prosecutors appears to have coincided with a push by federal law enforcement to aggressively pursue those suspected of engaging in financial crime. The country has experienced a rise in white-collar crime as the financial crisis, foreclosures and low interest rates have combined to create a perfect climate for such illegal actions.

If you’ve been involved in a financial crime that has attracted the attention of law enforcement or have questions about your rights, please contact one of our experienced North Carolina criminal defense attorneys. Give us a call at 704-370-2828 if you’ve had a run in with the law and need advice about what to do next.