Watch Attorney Brad Smith answer the question: “What is an expungement?”

The nearly 1.6 million people in North Carolina who have a criminal record are likely rejoicing over news that the state will now allow for the expungement of most misdemeanors and some felonies. The new clean slate law is the first of its kind in North Carolina.

The recent passage means that North Carolina will join at least 17 other states that permit first-time offenders to expunge a criminal charge under certain conditions. As long as their crime was minor and their conviction was at least 15 years ago, they will get a chance to start over with a clean slate. However, no violent convictions will qualify for expungement. Those seeking expungement must fill out paperwork which will ultimately be considered by a judge who will rule on the issue. 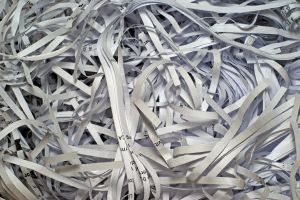 Though many believe that criminals should be punished for their wrongdoing, one mistake should not tar a person for life. Once an individual has paid his or her debt to society, that person should be allowed to become a productive citizen by finding and keeping a job that can support a family. Our attorneys understand that a criminal conviction can close a lot of doors to otherwise skilled and hardworking people, many of whom are simply looking for a second chance.

Those looking to have their records expunged should take a look at the following site: http://www.arnoldsmithlaw.com/files/expungement-process.html which is meant to help explain the complicated expungement process. The attorneys at our firm have put together a guide explaining how the expungement system in North Carolina works, including a basic introduction to the law and videos answering specific questions. A short survey is also included on the site which can help you figure out if you may be eligible for a criminal expungement.

It’s important to understand that even those people who are eligible will not automatically be guaranteed an expungement. For example, a Petitioner must obtain affidavits from at least two individuals who are not related to the Petitioner by either blood or marriage that attest to the Petitioner’s good character and reputation. That is why it’s important to consult with an experienced North Carolina expungement attorney who understands how the system operates. Brad Smith and the other experienced criminal defense attorneys at Arnold & Smith put together a video clip for those who are looking for additional information about the expungement process. Click here to watch the video, or click here to view the Arnold & Smith, PLLC You Tube Channel.