View our brief commercial on the recent changes to the Expungement Law in North Carolina.

Good news for those people in North Carolina who have a conviction on their record. Many people’s criminal history are blemished by a conviction that resulted from a brush with the law or a youthful indiscretion that made it onto your criminal record. Thanks to a new North Carolina law, some of these people may now be eligible to have those blemishes erased.

The new law says that as of December 1, 2012, adults in North Carolina who have been convicted of a crime, including some felonies, can request that their records be expunged. There are some important stipulations to the new rule. For one thing, the conviction must be at least 15 years old. For another, an individual must not have been convicted of any other crimes, other than traffic offenses. 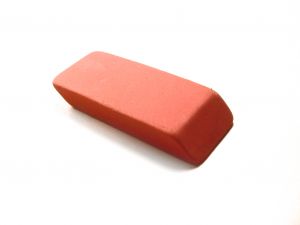 The array of crimes that fall under the umbrella of the new expungement law include white collar offences such as embezzlement, larceny, shoplifting and passing bad checks along with some non-violent drug crimes. The law has not shaken out entirely and some issues remain to be settled, such as whether offenses like DWIs or hit-and-runs would qualify for expungement given that they are technically traffic offenses. The legislation is clear that some crimes will not be considered for expungement and these include sex crimes and drug crimes involving methamphetamine and heroin.

Our very own Brad Smith was asked to comment on the implementation of the state’s new clean slate law and he said that he believed it would ultimately lead to a reduction in crime. This is because so many people in the state who made a mistake many, many years ago find themselves being punished decades later in the form of diminished job opportunities. Though the legal punishment ended years ago, the trouble getting and holding a new job remains as the stain on one’s record makes many employers wary. When people are unable to find good jobs and provide for their families in an honest way it makes the temptation to commit new offenses that much more powerful. Allowing those with relatively minor incidents on their records to have a chance to start over is a big step towards ensuring they remain productive members of society.

Though the implementation of the new law has many people across the state excited, the fact is expungement will not be a breeze for everyone. There are a series of steps that must be taken for a record to be expunged and the process will not always be quick. If you’re interested in exploring possible expungement, consult a skilled North Carolina expungement attorney who can help you navigate the complicated process of wiping your slate clean. The attorneys at Arnold & Smith, PLLC understand the ins and outs of the system. If you have questions or are looking for more information, contact us today at 704-370-2828.