It was announced recently that several North Carolina communities would be pursuing money to put additional dashboard cameras in police cars. According to a recent report by WBTV, the city of Gastonia has announced its intention of purchasing some 60 in-dash cameras for Gastonia Police Department patrol cars. This comes after legislators have said they are also interested in rigging more of state highway patrol cars with the cameras.

As things stand now, more than half of the highway patrol cars in Charlotte do not have in-dash cameras. A spokesperson for the NC Highway Patrol says that tight budgets have prevented the department from equipping its cars with the cameras. The gadgets are quite expensive, and can run up to $5,000 a piece.

Despite the high cost, almost everyone agrees that the cameras can be extremely useful for both police officers and members of the community. The public can feel safe knowing that the officers are being watched and that if they behave inappropriately or illegally that their actions will be caught on camera. Several cases of police brutality across the country have been brought to light thanks to such cameras. 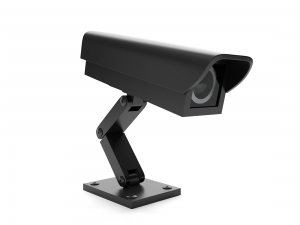 Law enforcement officials believe the cameras can be helpful in terms of providing evidence of what took place during a traffic stop. If at trial there’s a discrepancy over what took place, a quick look at the video can resolve the dispute. The Charlotte-Mecklenburg Police Department was involved in a case last year that proved the value to them of in-dash cameras. A teenager sued the department for injuries she claimed she sustained while being arrested. The video showed that the teen strangled herself with her own seatbelt while in the back of a CMPD patrol car.

Given the usefulness of the devices, every CMPD police car on patrol in Charlotte is required to have an in-dash camera. State highway patrol cars are way behind. Of the 25 highway patrol cars stationed in Charlotte only 10 have cameras. The hope is that the General Assembly will allocate more money so that state troopers can afford to put the cameras in more of their patrol cars.

“More dash cams may be popping up on NC patrol cars,” by Kristy Etheridge, published at WBTV.com.

Which Charlotte Malls See the Most Car Break-Ins

Juvenile Crime Drops in Charlotte and Throughout North Carolina