A recent editorial in the Winston-Salem Journal took the North Carolina Medical Examiner System to task for its many problems, making the important point that law enforcement cannot be fairly or judiciously run on the cheap. The editorial pointed out how state officials have for years pinched pennies on criminal investigations and how this has led to a host of problems. 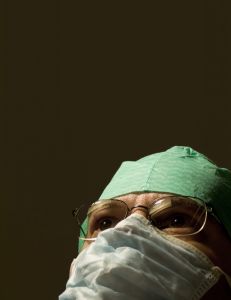 The first point made by the editorial board is that when criminal investigations are run cheaply it can mean unsolved or even undetected crimes. Every year cases go unsolved and still others go unnoticed by law enforcement officials. Though unsolved crime is certainly a problem, the real worry is that underfunded criminal investigations lead to accusations against innocent people, sometimes even convictions for those who never did anything wrong. The problem is a serious one with a recent investigation revealing that North Carolina seriously underfunds its criminal investigations. In fact, a recent study said that the state spends about 3/5th as much as the national average on its investigations, a glaring problem.

The condition of North Carolina’s medical examiner’s offices have been the subject of concern for some time, recently receiving a significant amount of attention after an Orange County pathologist was accused of mishandling bullets that were crucial pieces of evidence in two murder cases. Though no criminal charges have been filed against the pathologist, many experts say the case reveals the risks can occur when such an important element of the criminal justice system is underfunded.

For example, in the case of the Orange County pathologist it was discovered that the man was far too busy and was pulled in far too many directions to do his job as well as he needed to. Records have been released which reveal that he personally conducted 10 autopsies on Christmas Eve 2012. In 2010, he was responsible for conducting 440 autopsies.

The case of Orange County is not an outlier, something confirmed by statistics gathered by reporters, which reveal that pathologists across the state regularly have similar workloads. This is a problem because professional ethics suggest that a state pathologist should conduct no more than 250 annual autopsies, with 10 in one day being dubbed “unreasonable.”

The National Association of Medical Examiners says that when pathologists are overworked, as is the case across North Carolina, they often make mistakes or fail to see things they otherwise would have noticed. Exhaustion and overly busy schedules mean that the quality of medical examiners’ work can be more easily called into question due to the risk of sloppy work. These mistakes are crucial because they can impact the freedom of people across the state. If one medical examiner misinterprets the results of an autopsy it can lead to the prosecution of innocent men and women.