According to WCNC, just this week the Charlotte-Mecklenburg Police Department announced that their electronic monitoring program led directly to a rape conviction. Damian Jackson claimed that he never committed the crime, despite evidence from the electronic ankle bracelet that showed he was at the scene at the time of the rape.

His defense attorney argued that Jackson could not have committed the crime given that he was on foot and that there was just a nine-minute window where the woman was assaulted. 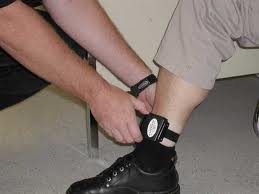 It took the jury only 20 minutes to convict Jackson, apparently not convinced by the victim’s testimony. Instead they were swayed by the data contained on the monitoring system.

The moment marked the first time a defendant in Charlotte has challenged the system in court. Police Sergeant Dave Scheppegrell said, “This is the first case where a person plead not guilty and we have a jury trial where a tracking monitor was showing them at the scene of a crime. That’s significant.”

For his crime, Jackson received eight-and-a-half to 11 years in prison. Had he agreed to the deal offered to him by the prosecution prior to trial he might have been released on time served.

The police department’s electronic monitory program began in 2007 and has since expanded dramatically, covering an array of crimes and suspects and running up a $35,000-a-month bill. Police say they are currently watching about 400 people at any given time and more than 1,000 this year alone.

The program was created in response to a rise in the number of robberies across Charlotte in 2004 and 2005. Even now the majority of those wearing the devices are facing robbery and burglary charges, though police have begun adding some domestic violence and sex assault offenders to the program. The program has thus far dealt with a significant number of younger offenders, with the majority of people monitored younger than 25. In February of this year, 251 of the 372 (67%) on electronic monitoring were in that age range.

The monitoring system is complicated and works by relaying information about crimes into a central database. Police receive alerts if someone on electronic monitoring is found within a specific distance of the crime at the time it occurred. Each day, police say they receive between 20 and 30 pages of such alerts. The information then serves as a lead, but police are still required to find evidence that the suspect actually committed the crime.

Contact the attorneys at Arnold & Smith, PLLC if you or someone you know is in need of legal assistance regarding a criminal or civil matter. Call today for a free consultation at 1-704-370-2828.

See Our Related Blog Posts
Discreetly recording the police? There’s an app for that