According to a recent article on WCNC.com, there’s a terrible crime wave sweeping the city of Charlotte. This particular activity has so far occurred twice as much this year as it did in all of 2011. What type of crime is the Charlotte-Mecklenburg Police Department searching for ways to clamp down? – Scooter thefts.

Charlotte-Mecklenburg Police Department Sgt. Rich Tonsberg said the department sees the rash of thefts as a “significant problem.” Swiping the small and gas-efficient vehicles has become more common across many different areas in the city. 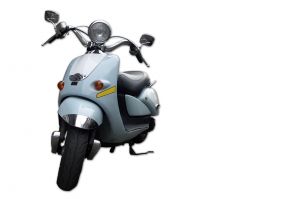 With rising gas prices and families still recovering from the economic downturn, scooters are becoming an increasingly popular mode of transportation in Charlotte and many cities throughout the country. They’re cheaper and smaller. The tanks are less expensive to fill and the costs of insurance and registration don’t even come close to that of a car. Unfortunately, they have also become a prime target for theft.

The police say there’s a reason why criminals are targeting scooters in particular. Most are not secured which means they can be easily picked up, put in the back of a pick-up truck or a van and driven away from the scene of the crime.The police say this makes scooter theft a surprisingly easy crime to commit.

Police are responding to the rise in crimes by working on a push to get scooter owners to write down serial numbers and to engrave contact info on the bikes. This way, the police hope that if and when the stolen scooters are recovered they will more easily be able to return them to their rightful owners. Authorities have said that most, if not all, of the thefts this year were preventable simply with a good lock.

The North Carolina criminal defense lawyers at Arnold & Smith, PLLC will provide you with the best possible defense against any charges brought against you. For a free consultation, contact us at (704) 370-2828.

Source
“The one crime that’s doubled in Charlotte this year,” by Michelle Boudin, published at WCNC.com.