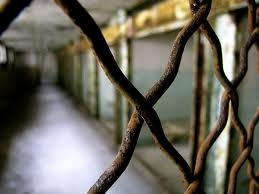 According to the Charlotte Observer, Republican lawmakers recently introduced a bill in the North Carolina legislature that would have brought an end to a two-year death penalty law.

It is unlikely that this veto will be overridden. The Republicans need five Democrats to come to their aide to override the veto and garnering that support is likely impossible. Governor Perdue’s veto keeps the Racial Justice Act effective as North Carolina law, which permits the introduction of statistics to bolster an inmate’s claim that his or her death sentence was racially biased. It began with a Michigan study that shows that the killers of white victims are more than two times more likely to receive a death sentence than the killers of black victims.

In that case, the defendant attempted to use racial statistics as evidence that the death penalty was racially biased. However, the Supreme Court disagreed with the defendant’s argument and said that discriminatory impact of the death penalty is not the same as discriminatory intent and intent is what is admissible as evidence. North Carolina’s death penalty law provides more protection than the Supreme Court’s federal law, which is permissible under the United States Constitution. Constitutional law provides the floor, not the ceiling, for protection of individual liberties.

Governor Perdue’s exercise of her veto power is probably going to cost her as she defends office next election. While she stressed that she remains in favor of the death penalty, she also noted that it is “important to ensure prosecutions and sentences are not tainted by racial prejudice.” Governor Perdue’s tough-on-crime stance took a hit when she vetoed this bill and she is going to have to do a lot of work to make sure that combats the criticism she will surely face as a result of her decision.

Dealing with the death penalty comes at the end of a long and arduous trial process. After two separate trials to first determine guilt and then determine the implementation of the death penalty, then comes the mandatory appellate process that can drag on for several more years.