In a move that has sparked concern among some of the staunchest gun advocates, Iowa law enforcement officials have said that they will begin issuing gun permits to the blind. The gun permits will mean that blind individuals are allowed to purchase and carry weapons in public. 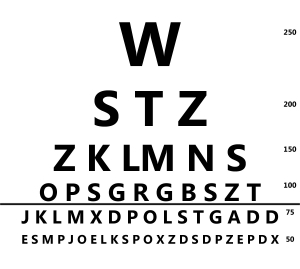 According to officials with the state, the law is clear that local sheriffs do not have the legal right to deny any Iowan the right to carry a gun based on a physical disability. The news has some blind gun owners rejoicing including one man, Michael Barber, who told reporters at an Iowa gun store that he was thrilled with the news. Barber said, “When you shoot a gun, you take it out and point and shoot, and I don’t necessarily think eyesight is necessary.”

Other disability advocates say that denying individuals the right to bear arms due to eyesight trouble violates the Americans with Disabilities Act, which prohibits different treatment based on physical disabilities. The National Federation for the Blind issued a statement in support of the Iowa measure, saying that with proper training blind people can be taught how to safely use guns. Moreover, the group noted that blind people have enough common sense to know when using a weapon would endanger others.

Though Barber may be happy to be able to legally carry his weapons, local sheriffs so far are split on the wisdom of the measure, with some saying they endorse the idea while others are more apprehensive. County Sheriff John LeClere spoke for the latter group when he said, “If you see nothing but a blurry mass in front of you, then I would say you probably shouldn’t be shooting.”

Though it may surprise many people, Iowa’s law is not actually out of step with much of the rest of the country, including federal gun laws. According to the federal Gun Control Act of 1968, there is nothing that prevents a legally blind person from owning a gun and states are left to sort out issues such as carrying permits.

In terms of state laws, nearby Kansas passed a law in 2010 that prevents concealed carry permits to be issued to anyone suffering from a physical infirmity that prevents the safe handling of a weapon. Applicant in Nebraska must provide a proof of vision statement before getting a license while residents of Missouri and Minnesota must shoot and hit a target during a live fire test. In neighboring South Carolina, laws say that proof of vision must be submitted to law enforcement before a person can be approved for a weapon’s permit. These states are the exception and not the rule, with many other states allowing blind individuals to use firearms without restrictions.