After weeks of no comment from the Pentagon, military officials finally released the name of the man who is accused of slaughtering innocent civilians in Afghanistan. The soldier’s name is Sgt. Robert Bales. He is currently in custody at a federal military prison in Ft. Leavenworth, Kansas; however, he has yet to be brought up on any criminal charges.

Bales is accused of abandoning his base in the Kandahar province in Afghanistan and going into a nearby village where he opened fire on the residents, killing 16 civilians, most of whom were women and children. 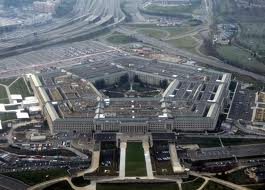 After the incident, the relationship between the United States and Afghanistan suffered even more. Many of the Afghani officials wanted Bales to be tried in Afghanistan, but since Bales allegedly surrendered immediately after the incident, the United States quickly transported him off of the battlefield and his wife and two children were moved onto the local military base closest to their home for their protection.

Bales’s attorney, John Henry Browne, is already hard at work laying the groundwork for his client’s defense once criminal charges are brought against him. Browne says that Bales had no desire to go to Afghanistan in December when he was deployed there. He had already severed three separate tours in Iraq and as a result of injuries and what he had experienced there, Bales suffered from post-traumatic stress disorder. In fact, on the day that he allegedly embarked on his killing spree, Bales witnessed a fellow soldier have his leg blown off during an explosion. In addition to this, there are reports that suggest alcohol may have been a contributing factor.

In the state of North Carolina, the defenses of insanity and diminished capacity are available. In both cases, for a defendant to assert either of these defenses, the defendant must provide notice to the prosecution of his intent to rely on either. North Carolina follows the M’Naghten Rule for the defense of insanity. It requires that the defendant establish that at the time of the crime he could not appreciate the consequences of his actions and did not know that what he was doing was wrong. The burden is on the defendant to prove that he was insane at the time of the crime. Based on the language put forth by Sgt. Bales’s attorney, it appears he will be pleading some form of insanity or diminished capacity defense if Bales is charged with these murders.

Constructing a viable criminal defense should be left to those who have experience in that area of the law. The attorneys at Arnold & Smith, PLLC can assist you. Please call today for a free consultation at 1-704-370-2828.