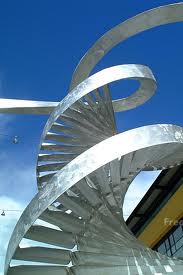 The victims of two 30-year-old rape cases are now on their way to seeing justice decades after their harrowing experiences. According to a recent report by WBTV, a man has been arrested for the rape of two women back in 1981.

The detectives of the Sexual Assault Cold Case Unit at the Charlotte-Mecklenburg Police Department were able to find the suspect, Roger Dale Honeycutt, after re-examining biological evidence taken from the rape kits 30 years ago. On January 27, 1981, detectives allege that Honeycutt entered a home in the 3400 block of Sharon Amity Road. When he got in, she saw a woman asleep on the couch and he raped her. After the assault, the woman was taken to Carolina Medical Center. There, a sexual assault kit was performed and biological evidence was collected from the victim. The cold case detectives began to reexamine the case in December 2011, and on December 8, 2011, the detectives submitted the sexual assault kit to the crime lab for a second examination of the evidence. Nearly one month later, the detectives were notified that the lab had a match and that it was Honeycutt.

Honeycutt was arrested at his home in Kannapolis by the Violent Criminal Apprehension Team. What is unique about Honeycutt’s arrest is that at the time he was free on bond for another rape. In October 2010, Honeycutt was arrested and charged with another rape that happened back in 1981. Police say that on February 21, 1981, Honeycutt broke into a woman’s house, found her sleeping on the couch and raped her. Nearly one month after the first rape was committed, Honeycutt allegedly followed the same pattern and committed a second sexual assault. The victim of this second assault was five months pregnant at the time of the attack and her husband and daughter were asleep in the home while she was being raped. A sexual assault kit was also performed on the victim and there were no suspects until August 2010, when Honeycutt was found to be a match to the biological evidence collected from the sexual assault kit.

Honeycutt’s DNA was entered into the Combined DNA Index System (CODIS) after he was arrested in 2005 for sexual exploitation of a minor. As a result of that charge, he was sentenced to 5 years in federal prison. He only served a portion of that time. He was released from prison on November 24, 2008, and registered as a sex offender the day after his release. Given the nature of these rapes and the likelihood that there could be more, the cold case unit is continuing its investigation. The detectives are working to find out if there are more women who may have been victimized by Honeycutt.

Cases like this can make practicing criminal defense difficult. It is important to remember, however, that everyone is entitled to a defense, regardless of the nature of the crime of which he or she is accused. As such, experienced defense counsel is necessary in such a difficult case. If you or someone you know require the assistance of a Charlotte criminal defense attorney for any matter, please contact Arnold & Smith, PLLC at 704-370-2828.