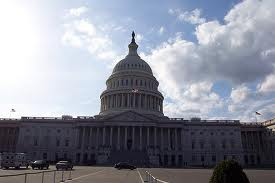 On January 6, 2012, the federal government took an important progressive step in the realm of sexual violence legislation. It has expanded the definition of rape. The new definition removes the gendered language and now includes the sexual violation of men and boys. Rape was previously defined by the federal government as “the carnal knowledge of a female forcibly and against her will.”

This limited definition only allows women and girls to be sexually violated and it only included penetration by a man’s penis, but did not include penetration by other objects or body parts. It suggests that if something similar happened to a man or a boy, it is not rape, but something entirely different. The new definition, however, is much more expansive. It defines rape as “penetration, no matter how slight, of the vagina or anus with any body part or object, or oral penetration by a sex organ of another person, without the consent of the victim.” This new definition makes the crime of “rape” apply to the sexual penetration of a boy or man.

The change will make the FBI’s reporting of rape statistics easier, especially since several states now have a more expanded definition of rape. The old definition created discrepancies in the number of rapes reported each year. According to a report by Forbes Magazine, 1,400 sexual assaults were reported in Chicago, but the government did not count those in the total amount of rapes reported because those sexual assaults did not meet the very restrictive definition of “rape.”

In addition to streamlining statistics, the newly expanded definition of the crime of rape does something else very important. It starts to change the conversation regarding sexual violence and begins the process of removing the gendered stereotypes associated with the crime of rape. It has always been assumed that men cannot be raped. However, hundreds of men are sexually violated on a regular basis, but because of societal views men have had a difficult time reporting that a crime of sexual violence was committed against them. It is likely that the number of reported rapes will increase not only because of the expanded definition, but also because men and boys will begin to feel more comfortable telling these stories without the fear of social stigma.

The federal definition will not change how states prosecute rape. It is possible, however, that states will begin to take notice of what the federal government is doing and begin to change their definitions of rape to be more in tune with the federal definition. Expanded definitions of rape will definitely lead to an increase in rape prosecutions and defendants of such crimes will require skilled counsel to advise them. If you or someone you know require the assistance of a Charlotte criminal defense attorney for any matter, please contact Arnold & Smith, PLLC at 704-370-2828.