Many people know that the U.S. Constitution affords criminal defendants the right to confront their accusers. Though that seems clear enough, the North Carolina Supreme Court has recently wrestled with the problem of what to do if the accuser is not a person, but instead a lab test. Does the test speak for itself or do its results require the use of an expert witness? 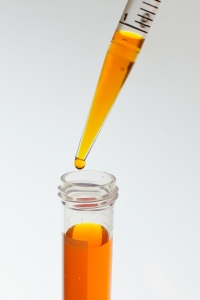 The state Supreme Court issued a ruling on the matter this week and found that such lab tests can stand on their own if cited by an expert witness offering an independent opinion. Other have argued that this conclusion is incorrect and that a lab test should face the same amount of scrutiny that a person would face and that means the analyst who conducted the test should be required to testify at trial.

Some criminal defense experts in North Carolina believe the Confrontation Clause requires that the person who actually handled the steps of conducting the lab test be in court to answer questions about exactly what was done. Only then can the defendant be said to truly have had the right to confront his or her accuser.

The case before the Court involved a traffic stop by Charlotte-Mecklenburg police in 2007 that led to the discovery of what appeared to be cocaine. The defendant, Mario Eduardo Ortiz-Zape, was charged with possessing 4.5 grams of cocaine with the intent to sell or deliver it. The crime lab analyst who tested the cocaine was no longer employed by the agency when the case finally made its way to trial so prosecutors instead called an analyst with the Charlotte-Mecklenburg Police Department crime lab to act as an expert witness and offer her independent opinion about the test.

The state Supreme Court said that in such cases where the expert gives an opinion about the test and that expert is made to answer questions by the defense then the Confrontation Clause is satisfied as the fact finder, either judge or jury, has had the chance to weigh the credibility of that expert’s opinion. The Court said that the expert witness must present his or her own independent opinion and cannot merely parrot the statements of another person.

Prosecutors across North Carolina have said they are concerned about the growing amount of time crime lab workers are spending in court and not back in the lab working on samples. They argue that their presence in criminal cases is increasing the delays in getting results back from the state’s crime labs, sometimes creating yearlong delays for even simple pieces of evidence. Whether the recent ruling will lessen those court requirements remains to be seen as the state attorney general’s office says it is still reviewing the decision to determine the larger impact.

“NC Supreme Court rules on scope of a defendant’s right to confront accusers,” by Ann Blythe, published at NewsObserver.com.