In a sad and somewhat surprising criminal law incident from late last month, a woman from Charlotte, NC found herself in jail after being arrested for putting her dog in the trunk of her car. The case ended in charges of animal cruelty for Isla Corina Delcid-Almedare. 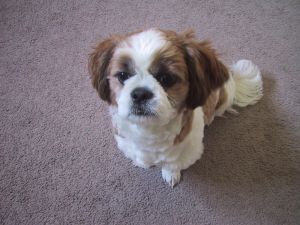 According to authorities, Delcid-Almedare was arrested after fellow shoppers at a North Carolina flea market said they saw her lock her dog in the trunk of her car. One eyewitness said that he saw Delcid-Almedare walking her dog at the Barnyard Flea Market along Highway 51 near the state line when he then watched as the woman closed the dog in her vehicle’s trunk.

The man said that after he saw her close the dog in the car, he went to look for a police officer. It took some time before deputies were able to arrive and get the trunk opened. Police say the month-old Shih Tzu puppy was in the trunk for approximately an hour while Delcid-Almedare went shopping. Police say that they spent time trying to locate Delcid-Almedare and then have her return to unlock the trunk.

Witnesses said that a crowd gathered around the car once word got out about what had happened. By the time the little dog was finally rescued from the trunk it was soaking wet with sweat. The temperature in late August was high and police say it is substantially hotter in an unventilated trunk.

Delcid-Almedare’s brother has since spoken out about the incident, saying that his sister never meant to do it. He says that his sister would never have intentionally hurt an animal and that he thinks the entire incident was a big mistake. He believes Delcid-Almedare put the dog in the trunk intending to return quickly, but then lost track of time.

The dog has recovered and is doing fine according to officials with the York County Animal Control Center where the puppy is staying until the case goes to court. Though Ms. Delcid-Almedare is currently out of jail on bond, she faces serious criminal penalties for her actions. North Carolina General Statutes § 14-360 deals with animal cruelty and it says, “If any person shall intentionally overdrive, overload, wound, injure, torment, kill, or deprive of necessary sustenance, or cause or procure to be overdriven, overloaded, wounded, injured, tormented, killed, or deprived of necessary sustenance, any animal, every such offender shall for every such offense be guilty of a Class 1 misdemeanor.” Conviction would mean potentially $1,500 in fines and even possible jail time.